Through a Different Light: The Photography of William Fields 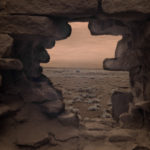 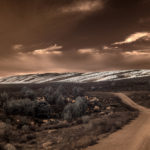 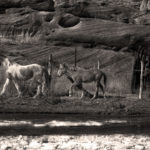 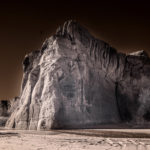 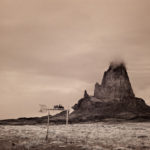 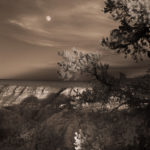 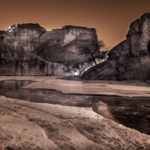 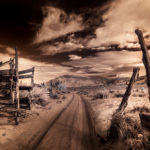 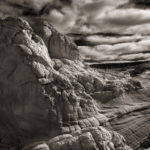 Each month, Images Arizona shares a unique photo essay of our incredible Arizona lands and the people who make it special. This month, we’re excited to present something a little different.

We’ve all witnessed the beauty of the desert, from its subtle seasons to its powerful storms, but Missouri-based photographer and author William Fields has captured its wonder in a whole new light. Through the use of infrared photography, Fields shares an almost other-wordly view of our own Arizona back yard. We’re thrilled to share his work in our pages.

What is Infrared Photography?

Infrared photography is literally a sneak peek into the invisible world. The human eye can detect a spectrum of light that falls between 400nm and 700nm. Infrared photography captures light from about 700nm to 1,200nm, giving us a glimpse of what our surroundings look like beyond human limits.

Says Fields, “Infrared light is invisible to the human eye. When we have the equipment to expose its effects, we see the world in a different way. Plants become bright and almost look as if they are covered in snow. The sky gets much darker and clouds seem to pop out of the picture. Color is gone in the wavelengths that I shoot, and the images take on sepia tones that are reminiscent of early photography by such historic figures as Edward Curtis.

“There is a mystical quality to infrared that, in my mind and heart, is the way this place called Arizona should be seen.”

What’s a Missourian Doing in Arizona?

“You might ask what a Missourian knows about Arizona and the adjacent four corners states,” Fields says with a smile. “Let me just say that Kit Carson was born in Kentucky. Frank Lloyd Wright was from Wisconsin. Brigham Young hailed from Vermont and became governor of the Utah Territory—and don’t forget Lewis and Clark!

What is your one piece of advice you would give to budding photographers?

“Every image is not precious. When we get a new camera or a new lens, we think every picture is a masterpiece. They aren’t. We have to learn to be our own toughest critics and know that our high opinion of a given picture today might be much lower tomorrow. Some of that is the immediate enchantment, but more importantly, as we grow in our skills, our criteria become higher.

“Ansel Adams said, ‘Twelve significant photographs in any one year is a good crop.’ If that’s true, we need to discard a large number pictures in the process. 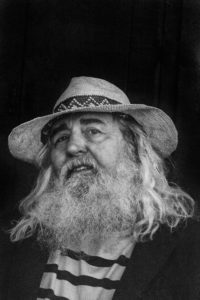 A native of Berlin, Connecticut, naval service and careers in the aerospace and automotive industries led Fields to live in 10 states before hanging his shingle in the historic German wine town of Hermann, Missouri.

“I got my first camera when I was 8. It was a Kodak box camera with a plastic lens. I ran newspaper routes and did farm work to get the money to process the black and white film. It brought equal parts delight and frustration.

“I struggled with the difference between what I saw in the world and what showed up in my pictures.”

When the U.S. Navy provided him with his first 35mm camera, everything changed. What he captured on film began to match his vision.

“In the 80s, I made a trip to Nepal, shooting with a couple of beat up old Minoltas. When I shared my photos with friends and co-workers, people began asking if they could buy my pictures. That was a turning point in shifting my energies from painting, drawing and printmaking to photography.”

He even caught the eye of Steven Spielberg, who used his photography to decorate set walls in the production “Seaquest.”

“Whenever the captain, portrayed by Roy Scheider, was shown in his quarters, the photos on the walls that were supposed to be his were actually mine. Boy, was my mom excited!” Fields says.

Today, Fields’ Arizona work and more can be found in his book, “The Four Directions: A Southwestern Journey.” The book features stunning infrared imagery of the lands we have all grown to love.

“The world! I’m inspired by and excited by just about everyone and everything I come into contact with. I have a hard time having a conversation with someone without thinking about how the light plays on their face. I compose pictures of the landscape as I drive my car, often ruing the fact that I don’t have time to stop and shoot because an appointment of some kind awaits.

“I see still life in each and every flower, dish, bottle and glass. I will often stand on my chair at the table so I can photograph my meal. I try not to do that in restaurants, especially if my wife is with me,” Fields laughs.

“Probably the most important inspiration I can mention is the color of my wife Louise’s eyes. They range from shades of green to brilliant blue with gray variations throughout. Her eyes were one of the first things about her that caused me to fall in love with her.

What is your most memorable Arizona experience?

“The first time I saw the Grand Canyon, it was March and there were snow squalls moving across it constantly. I’d be at an overlook and see clouds rushing toward me. Suddenly I was in a whiteout, and the canyon disappeared. I jumped in my car and head for the next overlook.

“The sun dappled the canyon walls, and the snow striated the tiers of red rock sprinkled with greenery. There were rainbows everywhere. Before long another squall took me from all that earthly beauty to a spiritual place, immersed again in total whiteness.”