A Taste of Culinary Excellence Comes to Phoenix 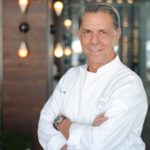 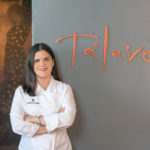 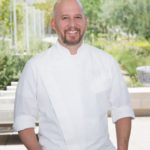 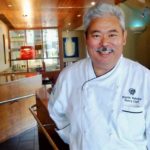 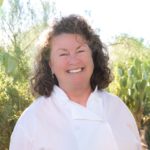 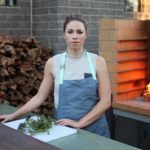 “2018 marks the sixth consecutive year of Taste America, which shines a spotlight on the rich diversity of America’s food culture and the culinary professionals that are working to make the world more delicious, sustainable and equitable,” said Alison Tozzi Liu, spokesperson for the James Beard Foundation.

It is a testament to the Valley’s thriving culinary scene and to our many local talented chefs that Phoenix has been selected to participate in Taste America for the past six years, one of only five cities with that distinction.

“Like all the cities on the Taste America tour, Phoenix has a rich food scene that represents a portion of the multi-faceted culinary culture in America,” said Tozzi Liu.

In each city, a visiting all-star chef pairs with a local celebrity chef to create a dinner menu for the Taste America benefit dinner held September 28 at Mountain Shadows. Maneet Chauhan, known for her love of spice, her philanthropic efforts and appearances on Food Network, will team with local all-star chef Charleen Badman of FnB, who has been nominated for several James Beard awards, and Charles Wiley, executive chef at Mountain Shadows.

Chef Wiley has had the honor of cooking at the historic James Beard House in New York City several times.

“Through his passion, books, teachings and love of food, James Beard inspired a generation of home and professional cooks during the culinary movement of the 1970s, which is when I began my career,” Wiley said.

“When the foundation opened in 1986 to preserve his legacy, chefs from all over the country were invited to cook and teach in his house to spotlight the diversity of America’s food culture. I was first invited to cook at the house in 1992. It was one of the high points of my career to present our version of Southwestern cuisine from Arizona.”

Dessert tastings will be created by Sarah Chisholm from Tempe Public Market Café; Martin Nakatsu from the Hyatt Regency Scottsdale Resort and Spa at Gainey Ranch; and Helen Yung from Sweet Republic.

“For any chef, being invited to participate in this event is a tribute to your community and to your dedication to the craft,” said Nakatsu.

Talavera’s Sanz participated in Taste America Phoenix when she worked with Chef Gio Osso at Virtu Honest Craft in 2013. She is excited to represent herself at this year’s event.

“The James Beard Foundation has brought such a strong impact to our community by uniting the culinary culture and showcasing the diversity of cuisine,” Sanz said. “It has also made an impact on sustainability and reducing food waste, and has provided many culinary scholarships.”

Otro Café and Gallo Blanco’s Robson is equally enthusiastic. “It is my first time participating and I’m very excited, as James Beard represents one of the highest honors in the culinary field and exemplifies the importance of giving back to the culinary community,” he said.

As philanthropy and education are integral elements of the James Beard Foundation, a portion of the dinner’s proceeds will go to the Taste America Scholarship Fund. In each city where Taste America is held, 10 students will receive $2,500 each to further their culinary education.

Taste America is also joining forces with Feeding America to reduce food waste and donate leftover food from weekend events to those in need.

“The James Beard Foundation is a vital part of communicating what is going on in our country and uses the universal language of food as a platform,” said Tempe Public Market Café’s Chisholm. “This event is an opportunity to connect with your peers, revive inspiration and express your shared love for food and hospitality.”

“It’s inspiring to get together with my friends in the culinary world, old and new, and cook together,” added Robertson from Rancho Pinot.