Keeping Golf Instruction in the Family 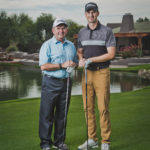 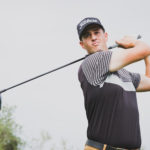 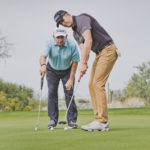 With more than 40 years of experience in the golf world, Peter Kostis has held many titles. Television analyst. Club designer. Inventor. Consultant. Actor (remember him in “Tin Cup?”).

But for his 29-year-old son, John, who played golf at Brophy College Preparatory and collegiately at the University of Arizona, he has only known the elder Kostis as one thing: teacher. And he wouldn’t have it any other way.

“There is one time I remember in high school, after we had a really bad argument,” says the younger Kostis. “My dad told me that I could go see another teacher if I wanted to, to get a different viewpoint. When he said that, I thought ‘I would never want to do that.’ It never crossed my mind to be taught by anyone else.”

Today, the father-son duo is continuing the family tradition of teaching the finer points of the game as instructors at the Peter Kostis Golf Academy at Grayhawk Golf Club.

A family tradition begins
While John was raised around the game of golf, Peter, the son of Greek immigrants, wasn’t introduced to golf until much later in life. After graduating from the University of New Hampshire with a degree in chemical engineering, he was offered an assistant pro position at Cape Arundel Golf Club in Kennebunkport, Maine.

“When I started, I was getting paid $1.25 an hour as an assistant in the pro shop,” says Peter. “Back then, in 1972, we were charging $7.50 for a half-hour golf lesson. I quickly realized I could make a lot more money giving lessons.”

And thanks to that economically-driven decision, the rest is family history.

Peter, 68, went on to join the legendary Bob Toski as head instructor for Golf Digest’s schools in 1974. Since then, he has instructed more than 125 PGA, LPGA and Champions Tour pros, including Jack Nicklaus, Tom Kite, Mark Calcavecchia, Davis Love III, Bernhard Langer and Paul Casey. Has has also taught well-known celebrities, such as Kevin Costner, Maury Povich and Dan Marino.

Heading out West
In 1994, while living in Boca Raton, Florida, Peter made another decision that would shape the future of his family. After receiving offers to teach at Kiawah Island in South Carolina and at Grayhawk, Peter decided to move the family West.

“I just fell in love with it,” Peter says of the desert.

“But Gary can’t teach; he just put his name on it and I did all the work,” Kostis jokes.

By this time, John was 7 years old and his interest in the game was growing. At 12 or 13, he began participating in junior camps, playing in tournaments and taking lessons from his dad.

“It started out as fun,” John says. “You just wanted to hang out with Dad and do what he was doing.”

Eventually, when he was in junior high and high school, John says the real work began, and so did the professional relationship between him and his father.

“There was a lot of butting heads and getting over it, and maturing and growing, physically and mentally,” John says.

Now, as he finds himself coaching 12- and 13-year-olds at the Peter Kostis Golf Academy, he believes it is a great age to start taking the game seriously.

“You’re old enough to where you’re getting motor skills, you can control what you’re doing and you’re developing some speed,” he says.

With a famous golf instructor father who offered up his analysis on national golf telecasts virtually every week, it seems that golf would be a mandatory sport for John. But that wasn’t always the case.

“He wasn’t pushing me toward the golf course at all,” John says of Peter. “If anything, he was pushing me away from the course. I played every sport except football and I played them all through junior high. But in the end, golf was what I was best at.”

For Peter, he felt it was important for both his children — including John’s brother, Adam, who pursued hockey — to follow what they loved.

“I told both boys to find what they were passionate about,” says Peter. “Passion was a big word in our house.”

“I tell them, the number one ingredient is that you have to want it, because it’s a difficult game,” he says. “If you don’t have the passion and drive to enjoy some of the work — because it can be work — then you are not going to be very successful at it. You have to like it.”

A blessing in disguise
John’s drive and passion for the game has never been in question. His health, however, has been another issue altogether. He had success while playing for the University of Arizona golf team in Tucson, and his goal was to play golf for a living. Very quickly, however, he learned just how difficult that can be.

In 2010, John suffered a herniated disk while working out. In fact, he injured the same disks (L4 and L5) that have hindered Tiger Woods for years. Ignoring doctors’ orders, John continued to work out and play golf, which eventually made the pain worse and required a second surgery.

“I decided I couldn’t beat my body into the ground like that while pursuing a full-time playing career, but I knew I wanted to be involved in golf in some fashion,” says John.

It was during physical therapy that John started talking to his dad about teaching while taking care of his health. And that was the silver lining.

“I didn’t realize how much I loved golf until I started teaching it,” says John. “Playing it is a lot of work. Teaching it, you get to see the lightbulb go off and people enjoying it. And because everyone’s different, there’s something fresh and new every day.”

John, who was just married in October, is a self-proclaimed golf geek, and his passion is working with young golfers.

“I love working with kids at junior high and high school age,” he says. “Being a younger guy myself helps me relate to them a little bit. They see me as a peer.”

For the elder Kostis, who begins his 28th year with CBS in January, it’s back to the grind of the PGA Tour schedule.

“From The Masters through the Barclays, those five months I’m only home three weekends,” Peter says. “Then it’s back to tinkering, innovating, experimenting and getting better as a teacher.”

Because that’s where the whole thing got started.

The Peter Kostis Golf Academy at Grayhawk Golf Club offers one- and two-day golf sessions that include full-swing and short-game instruction, a Trackman Combine and a nine-hole playing lesson each day. The VIP Golf School experience includes all of the above, plus an exclusive dinner with Peter and his team. Private instruction is also available at an hourly rate.

If running a golf club has always been one of your aspirations in life, you might want to try GolfU, a franchise opportunity that can make your golfing dreams come true. Head to golfufranchise.com to learn more.

Maybe you don’t want to own your own franchise though and are simply interested in just enjoying playing the game. There are a few things that you can do to get you started on playing the game. One is to go out and find your nearest golfing course and then practice, practice, practice. If you can’t get out of your house, or you can’t find a good golf course near you, then you might be interested in checking out this golfing simulation, which means that you can practice during the winter, which is a great solution when golfing courses are closed down during winter and you can’t play.

The most important thing is that you enjoy what you do though. If you don’t love doing something then there’s no point continuing. If you love something then there will be a passion for you to do well. When you have that passion, you will happily practice whenever and wherever as much as you can.