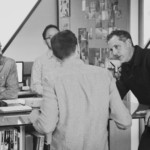 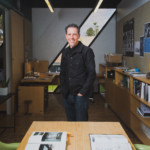 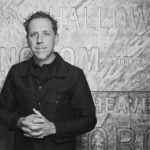 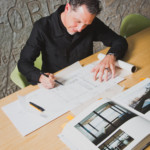 Since the beginning, architecture has been built into Jack DeBartolo’s life. Jack DeBartolo, known as Jack 3, spent his childhood in a modern masonry block-house designed by Tucson architect Kirby Lockard. “It was more like his laboratory,” Jack says. His father, Jack DeBartolo Jr., ran an architectural firm in Tucson with over 300 architects and engineers. As a child, Jack would visit buildings with him on weekends, viewing it all through his father’s lens. The saturation left him intrigued and aware.

“Because of that childhood experience, architecture felt like it needed to be grounded in something more powerful,” he says. “Otherwise buildings just become these lifeless containers that don’t have something deeper to them.”

Jack graduated from the University of Arizona and Massachusetts Institute of Technology where he received honors for his thesis in 1994. “My graduate studies drove me to an idea of purpose and the kind of emotional quality a building can evoke,” Jack says.

While exploring older modernist buildings throughout the U.S., Jack’s idea of architectural space and serenity grew. “I began to understand the peacefulness that allows people to transform what they know by their experience in a building.”

After graduation, Jack worked with notable Arizona architect Will Bruder for two years, learning the importance of thoughtfully combining the pragmatic and poetic. “It was a fire-hose of information,” Jack says, “but it was awesome. I was always motivated by his passion.”

Working with Will, Jack gained the skills to quickly solve problems. “While you’re standing there with carpenters and masons waiting on you saying, ‘Tell us what to do next because a detail didn’t come out as drawn, and now we need a new answer right here in the field,’ you learn to think intuitively, staying in context, staying consistent with the language of the work.”

In 1996, Jack’s father approached him with a project: an inner-city gymnasium in the Garfield neighborhood. “Say no or let’s form an office. What do you say?” his father asked.

“It seemed like an awesome opportunity,” Jack says. He and his father decided to create a practice where their work would remain uncompromised. “There would be nothing we did that we didn’t do intentionally. We’d be personally hands-on-involved in every single product.”

Thus, DeBartolo Architects was born. For the next 10 years, Jack and his father designed and completed 15 buildings side by side. “We worked with a lot of faith-based, non-profit clients, addressing a larger sense of need. There was a greater purpose behind the work.”

Jack tells me about the prayer chapel he and his father finished for Phoenix First Assembly in 2007, the Redemption Church remodel in 2013, and Mariposa, a residence built for Jesuit priests.

“I’m a pretty committed person of faith,” Jack says. “My worldview causes me to see my position and my responsibility as a gift of service. We can help a client not just with functionality, but also help them to experience the building as something fresh every day.”

For Jack, that’s one of the key differentiating factors between his firm and others. “I strongly believe God has put us here for a purpose, and that keeps my eyes off the game of publications and fame. Instead, I focus on the gift of getting to serve others. My joy is totally satisfied in serving people and using my gifts to make architecture. There’s a peace in not being amongst competitiveness.”

For DeBartolo Architects, this also manifests itself in community service as well as projects in Haiti, Mexico, and Ethiopia. “We just started DeBartolo Projects– a non-profit organization dedicated to serving clients who can’t afford to hire an architect.” Right now, they’re working on a community garden in Chandler. “We’re utilizing our time and energy to serve,” Jack says. He’s hoping to eventually get students involved.

That’s not to say the studio hasn’t won multiple awards for their designs. That’s just not what drives Jack.

“[What I’m most proud of] are buildings where the client has embraced what we designed and made it theirs. When I come back a few years later and see it’s a thriving new culture and sense of place, and that the design of our work formed that culture and place, I believe we were really successful.”

Take, for example, Bicycle Haüs in Scottsdale, Commons coffee shop and bookstore in Gilbert, or VSCO headquarters in Oakland. “Sometimes the CEO [of VSCO] calls me up just to tell me how much he loves coming into his office every day,” says Jack.

At any one time, the studio has 15-20 projects on the table. They complete four to five a year across the U.S. and sometimes internationally. Including Jack, there are six architects and designers.

“I see architecture as the responsibility to be contributors to our cultural fabric,” says Jack. “It’s about creating a quality of experience. I spend a significant amount of time in analysis, listening to clients, researching space, crafting buildings, researching how the owners will be maintaining and honoring the place, allowing it to become a piece of memorable fabric of our city.”

For Jack and his studio, their philosophy lies in seven simple words: site, proportion, light, space, structure, material and soul. In keeping with the rest of his work, there is nothing extraneous about his mantra: the bare and beautiful minimum suffices.

I ask about the “soul” aspect. It’s all about creating atmosphere and memory, Jack tells me. It’s challenging, but something they strive toward.

“[It involves a] mastery of light and materials, of place and space. You bring it all together, and occasionally it sings. You start to create something that surpasses concrete and glass, wood and metal. It becomes something that is better and bigger than any of the pieces combined — a profound sense of place, so profound that when you’re not there anymore, you can close your eyes and remember it.”