Wisdom of a Crone 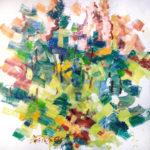 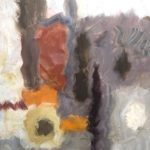 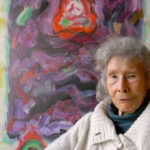 As I approached the front door of Adele Seronde’s Pine Valley home near Sedona, I couldn’t help but feel a bit of excitement and awe. Adele’s reputation preceded our meeting. Years prior at a retreat, she was hailed as an example of an archetypal crone—not the thin, ugly creature of fairytale lore, but the strong, wise older woman whose experiences and wisdom pave the way for those of us still traveling life’s meandering roads.

Taking a deep breath, I lifted the brass knocker and rapped on the fading wooden door. From behind it, I heard a voice call out, “Mother, your guest is here.”

A rustling ensued, and after a few moments, a man with a shock of white hair emerged from behind the door. He greeted me with a smile and led me through a dark hallway that held the comfortable smell of years gone by, into a bright room with soaring ceilings and a wall of windows that framed a stunning view of the surrounding red rocks.

Colorful portraits and floral landscapes covered the walls, and comfortable piles of paints and mélange filled tables and spaces. A well broken-in gold-colored sofa sat near the center of the room. I sat down and took in my surroundings.

On the floor in front of me, laid out in different directions, were three oil paintings in various stages of completion. This was Adele’s easel; I’d read that she prefers to keep her canvases on the ground, leaning over them with her brush to add a stroke here, a few strokes there, until they emerge into an expression. Sometimes she adds additional canvases at unconventional angles alongside of a piece to expand the view.

In a short time, I heard the unmistakable sound of a walker rolling over the hallway tile. Adele’s face appeared from around the corner, followed by the rest of her tiny body as she scooted through the doorway. She smiled from behind bright eyes and welcomed me to her home.

As she began talking, I couldn’t help but wish I’d brought a voice recorder. Of all of the interviews I’ve done in my 20-plus years of writing, hers was the voice I most want to remember.

We talked of history, of art and of books, and the time flew all too quickly.

Born in 1925, Adele’s father served as Secretary of State in the Eisenhower administration, and her mother was an artist (“My mother was an artist and my father was a rebel who turned into a politician,” she told me.); the conversations and experiences that shaped her formative years would lend themselves to the life she would carve for herself through art, poetry and activism.

Adele treated me to a story of her early childhood:

“When I was four or five years old, I was drawing the sideburns on a picture of a little boy that I’d been working on,” she said. “I was using watercolors—I was allowed to have them very, very young. I’d been struggling with that for days, and I took my picture outside where my family was watching a Thanksgiving Day parade going by. They said, ‘Look at the parade, Adele! You’re missing it!’ but I kept working on my painting instead.

“I guess you could say I’ve spent my whole life that way.”

Pastels, pencils and oil paint have always been a language of choice for Adele. A sixth generation artist, she studied under renowned abstract American painter Karl Knaths at the Phillips Museum in Washington D.C., German-born American abstract expressionist Hans Hofmann in New York City and Karl Zerbe at Boston’s Museum of Fine Arts in Boston.

Though she continued to paint, like many women of her time, Adele’s 20s and 30s were defined largely by motherhood. She raised five children before, in 1968, at the age of 43, her activism truly began.

While living in Boston, she watched with horror as reports of the assassination of Martin Luther King, Jr. flooded her television set. It prompted her to want to unite the segregated neighborhood in which she lived in, and led to the creation of “Summerthing,” the mayor of Boston’s neighborhood arts festival, which she co-chaired.

“It was a wonderful experience,” she said, raising the corners of her mouth and eyes into a big smile. “We brought in a fleet of old trucks and hearses and milk wagons and painted them bright yellow! We brought in jazz orchestras and artists—it was a wonderful way of unifying the city at a time of great trouble.

“Our first job was to work with a Black Panther to do murals,” she continued. “They began painting these big walls on the south side of Boston with us. … We became friends, which was a wonderful thing.”

Over the next few years, 1,500 murals were created throughout Boston to celebrate the city’s diversity. Many of them remain today.

The spirit of what she accomplished is still needed, she insists. “Cities need ways of unifying, particularly now,” she said with urgency. “I’m more and more certain that the role of art is to be a bridge between different parts of the community. It’s the one thing we have to hold on to.”

Her next project was to found Gardens for Humanity, a program started to create gardens in schools, community and retirement centers, on reservations, and in urban areas.

Like nearly everything else she does from poetry to painting, the gardens she has helped to create are a way of nurturing a sense of community in others.

“I was listening to Ani Williams—do you know her?” Adele asked. I told her I had heard of the renowned harpist. “That’s good,” she replied, nodding in approval as she continued.

“Ani Williams said, ‘You must make circles with everyone you know.’ I thought, gosh, what a wonderful idea! Even with all the unrest out there, many people do want to have a better world, and community groups are making that happen. It’s so important to continue to unite people in communities and to plant seeds and nurture them through gardens and through creativity.”

“I keep thinking that the role of the artist is to awaken; to make community wherever they can, and to find a voice through their own creativity. It doesn’t have to be in art. It can be in numbers, gardening or whatever they love. We all can create inner shrines of beauty.”

At 93 years old, Adele has accomplished lifetimes of work. Her often evocative landscapes and portraits have been exhibited internationally, including at Vigna Nuova Gallery in Florence, Italy. Several can currently be found at Sedona’s acclaimed Goldenstein Gallery.

Her work includes gorgeous small- and large-scale paintings that have caught the eye of collectors from around the world. Her landscapes are meant to not only fill a wall, but to take us to another place. Beyond paint and form, it is her wisdom and experience that makes each wonderful piece special.

She is working on her eighth book, titled “Pegasus: Wings on Fire in Education” to address inequality and shortcomings of America’s educational system. In 2016, her seventh book, a beautiful compilation of poetry titled “All My Loves and Deaths,” earned a bronze medal from the prestigious Reader’s Favorite Book Awards.

Adele she continues to create, and to use her work to urge us all to move forward—together.

As she perched on her walker’s built-in chair, she pointed out individual paintings hanging on her wall—one of her grandson playing piano, another of her daughter when she was pregnant, and another of an old friend “many years ago.” She talked of her five children, 11 grandchildren, and seven great-grandchildren and their accomplishments. Twelve of her progeny are now artists, and each year they get together at her family’s retreat in Maine for a family art show.

She talked of the haiku poems she now tweets with the help of a friend, and how literature is so important today. She gave me the names of some of her favorite books and offered bits of wisdom from each.

And she spoke of her own routine.

“I’ve got only the energy now for family and friends,” she added with a sigh. “I spend most of my mornings in bed writing poetry. I take a late lunch and go to sleep, and now I paint for two hours in the late afternoon. I try to do what I can, but I can’t do all of the things I want to do.”

Signing a copy of one of her books for me to take on my journey, she offered one last piece of advice.

As I walked out into the sunshine, I couldn’t help but to think of the boundless passion and purpose inside of her body, and sensed that she is all-too-aware of her own mortality.

I’ve thought of her words many times since, and even picked up a few books of poetry along the way. In them, and in the world, Adele has inspired me to look for the beauty, and to find creativity in all that surrounds me.

In Adele, I found glimpses of my own future. After all, the crones pave the way. All we need to do is to listen—and to hear.