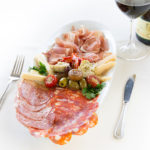 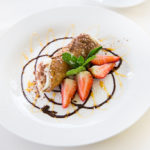 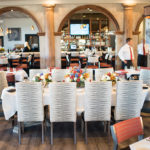 Over the past decade or two, the Valley’s culinary landscape has transformed into a thriving and competitive market. With gastronomic experiences more sought after than ever before, Valley restaurants must find a way to raise the bar if they want to stand the test of time.

It seems that Chef Tomaso Maggiore not only knows how to raise the bar, but what it takes to surpass it.

That expertise has translated into over 35 restaurants across Arizona opened by Maggiore, some of which he opened with his son Joey through The Maggiore Group, created in 2015. This partnership developed popular dining establishments throughout Arizona and Southern California, including Hash Kitchen, Tommy V’s Osteria Pizzeria, Tommy V’s Urban Kitchen + Bar and Notorious Burgers.

While those restaurants are relatively new members of the food community, Maggiore’s most well-known creation, Tomaso’s Italian Restaurant on the Camelback Corridor, has been successfully serving authentic Italian fare to locals for over 40 years. With a history like that, it is not surprising that Chef Maggiore decided to expand Tomaso’s.

This new concept – Tomaso’s When in Rome – just opened on June 14. And although it’s new to the community, it already has a strong following.

“The purpose behind the new endeavor is to create something fresh and exciting that isn’t already being done in this market,” says Chef Maggiore. “A lot of my loyal customers live up north. They were hoping that, if I found an opportunity to open a restaurant near them, I would seize it. So I did. My customers have fueled my businesses for years!”

Those loyal customers, and the many guaranteed to become ones, can now enjoy a trattoria-type atmosphere in North Scottsdale. With beautiful features like solid Roman columns and photographs depicting historical Roman landmarks and destinations, the 5,000 sq. ft. dining room effortlessly takes guests out of Arizona and into Italy.

However, a genuine Italian experience most importantly transpires within the food itself.

“Diners at When in Rome can expect authentic handcrafted dishes that can be found at a true trattoria in Rome,” explains Maggiore. “The menu is designed in the sense that everyone will find something to love. All ages, demographics and backgrounds will fall in love with this cuisine.”

The menu boasts of entrées like veal scaloppine marsala and funghi; rigatoni amatriciana and meatballs; vegetarian eggplant torte and gnocchi; and braised filet mignon ravioli, and lunch items like When in Rome: panino di porchetta; pear and pecorino cheese-filled ravioli; and garganelli with crab, salmon, and armagnac. With choices like that, guests will truly feel, and eat, like Italians.

And that’s exactly Maggiore’s intention. He says, “When in Rome, eat like the Romans do. When in Scottsdale, do the same!”

The restaurant also offers an expansive wine selection that pairs nicely with any entrée on the menu. Of course, a great dinner wouldn’t be complete without dessert. From angel kisses of fresh strawberries filled with sweetened mascarpone cream and chocolate to Sicilian cannoli with a crispy shell filled with sweetened ricotta cream and chocolate, diners will end the meal on a sweet note.

Maggiore is proud of his restaurant and, in paraise the bar, and just like the original Tomaso’s, Tomaso’s When in Rome, will stand the test of time.