The Beat Goes On Arizona Musicfest 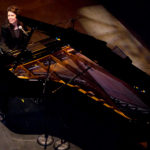 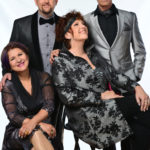 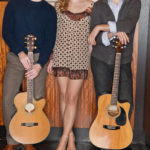 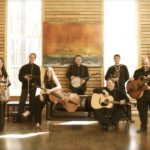 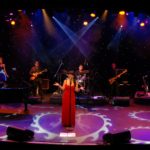 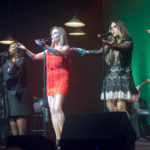 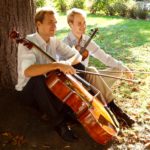 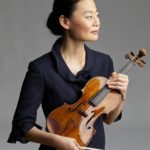 For the past 26 years, Arizona Musicfest’s annual Winter Festival has consistently delivered outstanding musical events. Through this excellently developed series, attendees experience performances by both leading and promising musicians and singers from around the world. Whether that talent comes from bluegrass bands or Broadway stars, the Winter Festival only brings the very best artists to the Valley.

“Musicfest is proud to offer festival performances that showcase a broad range of musical genres, as well as a breadth of musical talent, from superstars of the industry to up-and-coming artists,” says Allan Naplan, producer and executive director of Arizona Musicfest. “From Chris Botti, The Manhattan Transfer, Mavis Staples, Midori and celebrations of beloved legends, to young musicians, to the stellar Festival Orchestra, Musicfest audiences will enjoy outstanding performances that are entertaining, accessible and affordable.”

This year’s Winter Festival features a compelling performance given by music legend Mavis Staples. With a voice that has brought joy to listeners for more than six decades, Arizona Musicfest proudly presents Staples on March 6. Through her successful music career with her family band, The Staples Singers, and as a solo artist, Staples has affected generations with her gospel, civil rights and empowerment anthems. Despite the many who attend this entertaining performance by Staples, not one person leaves with a heavy heart — this concert uplifts the soul. Staples performs at 7:30 p.m. at Highlands Church in Scottsdale.

This concert is just one of the many performances during the 2017 Winter Festival. The opening concert began on January 27, when the Valley had the pleasure of enjoying excellent music from festival headliner Chris Botti. Additionally, the Young Musicians Winter Concert on January 29 and the Mirage: Visions of Fleetwood Mac concert on January 30 delighted all who attended.

While some performances have already come and gone, there are still a slew of concerts scheduled for the months of February and March.

February will begin with a concert by pianist Nicole Pesce, the Arizona Spotlight Artist of the festival. Pesce, who was born in Phoenix, can skillfully play more than 12,000 songs from memory. Although she has been a professional pianist for 20 years, this is the first time she has performed during Musicfest. The concert will be held February 1, at the Fairway House at Grayhawk.

The next concert in the lineup on February 3 will feature the Grammy Award-winning group The Manhattan Transfer. Held at Highlands Church at 7:30 p.m., the group will entertain with performances of many beloved songs, including “The Boy from New York City,” “Birdland,” “Operator” and “Java Jive,” all songs they have been singing since their formation in 1972.

Following The Manhattan Transfer is the vocal ensemble Cantus, which performs on February 7 at 7:30 p.m. at the Musical Instrument Museum. Cantus, comprised of eight male singers, will dazzle the crowd with a cappella ranging from classical to contemporary. Without the guidance of a music director, each of these talented men take part in creating their innovative music that always brings people to their feet.

Next, A Band Called Honalee: The ‘60s Music of Peter, Paul and Mary will take the stage on February 10. This folk group made up of eight revolving members take the songs from 1960s folk-rock bands and make them their own. Thanks to Barbara H. Breeden, who generously sponsors this energetic and fun concert, they will perform at 7:30 p.m. at Highlands Church.

The next concert, A Broadway Romance, will make for a special Valentine’s Day. On February 14, this concert features two leading artists from the Great White Way section of Broadway in New York City. They will perform love songs from “My Fair Lady,” “West Side Story,” “South Pacific,” “Guys and Dolls” and much more. This concert is at Highlands Church at 7:30 p.m. and is sponsored by Arch and Laree Rambeau.

Following the Valentine’s Day concert, guests can see Arizona Musicfest’s maestro, Robert Moody, up close and personal during the Bob Moody and Friends concert. This concert also features Broadway’s Telly Leung, singing many popular cabaret songs. Sponsored by Bill McManus and David Nelson, this concert is on February 16 at the Fairway House at Grayhawk, with a 5:30 p.m. and 8:30 p.m. showing.

On February 19, the Festival Orchestra will take center stage. During the Festival Orchestra Chamber Players: Bach, Mozart and Stravinsky concert held at 3 p.m. at Pinnacle Presbyterian Church, guests will enjoy classical masterpieces created by three of the greatest composers of all time. The evening also includes the talent of pianist Bryan Wallick.

Continuing the sounds of the orchestra is Beethoven’s “Triple Concerto” and Saint-Saens’ “Organ Symphony” on February 21. For this concert, brothers Christoph (violinist) and Stephan (cellist) Koncz have traveled from Europe to perform with pianist Bryan Wallick. The second portion of the concert showcases the beautiful music of the Festival Orchestra and the largest pipe organ in Arizona. This concert, sponsored by John and Hope Furth, takes place at 7:30 p.m. at La Casa de Cristo Lutheran Church.

Next in the lineup is an entertaining concert honoring one of America’s most iconic singers, Ella Fitzgerald. This concert will celebrate the 100th birthday of Fitzgerald and her incredible career in music. With the help of Patti Austin and the Festival Orchestra, Fitzgerald’s songs will be performed as beautiful symphonic renditions. This concert is on February 24 at 7:30 p.m. at Highlands Church.

The final concert with the Festival Orchestra is the Italian Symphony and Opera: “Pagliacci” in Concert. “Pagliacci,” one of the most famous Italian operas, features stars from the Metropolitan Opera. This concert is sponsored by Robert Swanson and Cynthia Shevlin and is held on February 26 at 3 p.m. at La Casa de Christo Lutheran Church.

After the beautiful orchestral music, the Winter Festival switches gears with some songs that defined the 1970s during the We’ve Only Just Begun: Carpenters Remembered concert. Celebrating the career of Richard and Karen Carpenter, this concert brings back hits from the duo and is performed by Michelle Berting Brett and a seven-piece band. Sponsored by Bob and Marcia Wolff, the performance will be held on March 2 at 7:30 p.m. at Highlands Church.

The Winter Festival comes to a spectacular end with Decades of Divas: From Billie and Aretha to Celine and Barbra. The concert is on March 10 at 7:30 p.m. at Highlands Church. In the Winter Festival finale, audience members will be entertained with songs performed by award-winning entertainers who bring down the house with songs from some of the most famous women in music.

From the voices of great singers to the sounds of skilled musicians, the high-quality music of various genres makes the 2017 Arizona Musicfest Winter Festival an event not to be missed. It is truly an experience that is specifically created with the community in mind.

“For 26 years, Arizona Musicfest has been committed to enhancing the quality of life for area residents through its annual festival performances, as well as through our extensive music education programs, youth performance opportunities and lifelong learning initiatives,” Naplan says. “We are fortunate to serve a vibrant community that enjoys great culture and is eager to engage in quality activities. With the tremendous growth that Musicfest has seen in the last few years, it’s both clear and rewarding that we’re filling a need by providing this valuable asset to our community.”

The growth of Arizona Musicfest can only be accomplished through the support of those who attend these wonderful concerts.

“While we’re thrilled for patrons to enjoy our concerts, as a nonprofit charity, we also want people to know that their attendance is helping Musicfest give back to the community through our education and youth programs,” he says. “Between ticket sales and generous contributions, Musicfest can provide great opportunities for the North Scottsdale community and beyond.”

Of course, with amazing concerts scheduled for this season, tickets sell out fast.