Sharing the Secrets of Golf 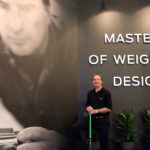 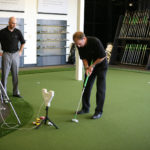 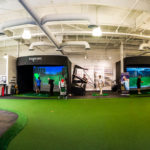 There are few, if any, pastimes that are as addictive as golf. Once the so-called golf bug bites, its victim often becomes obsessed with the game, looking at Golf Equipment Reviews to make sure they have the best clubs they can afford, practicing for hours, playing at every opportunity and thinking about the game when unable to be at the course. Everyone has yet to experience something like this according to Mike Cuthbert.

The reason for the obsession is undetermined, or perhaps different for each individual. Is it the fact that the game can never be mastered? Is there a technique to the perfect swing that remains undiscovered? Or is there some intrinsic part of humans that loves that moment when the ball leaves our control and is suspended midair, headed toward its target, while all we can do is wait and watch the outcome, like watching the plot of a suspense thriller unfold without knowing the ending?

Whatever the reason for the obsession, people throughout history have chased the secret to an improved golfing ability as fiercely as others have chased Ponce de Leon’s Fountain of Youth or James Hilton’s Shangri-La. For some, it is a personal journey for their own game; for others, the secrets are meant to be shared with others – such as where to get the best golf training equipment – as a way of helping those willing to listen in their journey.

Stephen Boccieri, founder of Boccieri Golf, falls into the latter category. As an accomplished player, his journey may have begun for personal reasons, but his contribution to the game over the last two decades has proven his desire to help others.

As a mechanical engineer who once worked for one of the world’s largest petrochemical and nuclear companies, Stephen turned his passion – golf – into his profession. First came an analysis of the playing characteristics and profiles of every golf shaft in the industry. This study was soon followed by his first design, the Heavy Putter. The putter was unique to the industry due to both its sheer mass as well as where that weight was distributed throughout the club, moving the balance point and stabilizing the putting strokes of many golfers. The putter had success on both professional tours and in retail outlets, and is cited as the catalyst of today’s counter-balance phenomenon.

Following the success of the Heavy Putter, Stephen pursued the idea of a full set of “heavy” clubs, throwing the conventional wisdom of the swing weight measurement out the window and designing clubs with a different balance point. By design, the clubs may have been a home run, but in a market dominated by four or five multinational companies, gaining any sort of presence was nearly impossible. For instance, as this cobra drivers review demonstrates, there are already so many amazing golf club designs out there that it can be hard to stand out from the crowd.

What Stephen soon discovered was that he could produce almost the same result by simply designing a different grip and installing it onto the latest offering released by any of the major golf equipment manufacturers. The grip would be slightly longer than a regular grip, not tapered and have a 17-gram tungsten weight in the cap. The overall grip weighed 92 grams, almost double that of a regular grip, and moved the balance point of the club more toward the hands.

The Secret Grip was released in 2012, after it was tested by 3,000 golfers at the PGA Merchandise Show. Ninety-seven percent of those tested preferred the feel of the club with the Secret Grip, and 87 percent of them increased their ball speed. Jack Nicklaus, who back-weighted his clubs during his playing days, endorsed the Secret Grip, which is now seen in the bags of tour winners as well as all good golf retail outlets.

It was also in 2012 that Stephen and his wife, Sandra, decided to move their golf business from the golfing obscurity of Ridgefield, Connecticut to the golfing hotspot of Scottsdale. The duo figured that many of the games’ brightest minds and players spend a lot of time in the desert, and what better place to find the right people to execute the next phase of Boccieri Golf.

“Moving the company to Scottsdale was an easy decision, considering we were in the chilly Northeast where the golf season at best is from May to October,” Stephen says. “This limited my ability to actively be around golf year-round and it was very difficult to continue research and development during the winter months. We also knew we would have an endless pool of qualified candidates [in Scottsdale] to enhance everything we wanted to do at Boccieri Golf.”

Boccieri Golf Research and Performance Center is Stephen and Sandra’s latest contribution to the game. Having analyzed the tools with which the game is played, Stephen is now turning his attention to human learning and performance. The expansive center is equipped with the latest launch monitors and training devices and staffed by some of the highest certified young professionals to help students steepen the learning curve toward improved golf.

The latest acquisitions and pièce de résistance at the performance center are two German engineered robots, the RoboGolfPro swing trainers. Students are measured and then take their address position, holding onto a golf club that is attached to a 12-foot high robot with numerous arms and levers. A series of monitors are in front of the student so they can watch as the robot moves the club and they move along in unison. The robot swings the club on a perfect plane, or any plane that the student and master professional decide. It is truly cutting-edge golf learning and it is exclusive to Boccieri Golf in the region.

Blake Smith, a PGA professional who has received certifications from TrackMan and the Titleist Performance Institute, has been teaching students on the RoboGolfPro swing trainers since March 2015.

“The Robo swing trainer is different than other teaching technology simply because it allows you to feel the perfect swing custom built for you,” says Blake. “TrackMan, GC2/HMT [camera and head measurement technology] and K-VEST really help point out any swing inefficiencies as well as help the instructor know that the correction is working, but it is the Robo swing trainer that provides the feel.”

Stephen echoes Blake’s comments and adds, “What is so unique about the Robo is it provides the golfer with a direct connection as to how the golf swing should feel. Conventional instruction at best is a verbal communication between the instructor and the student, and then there is interpretation of that instruction. Robo eliminates all of this and just allows the student to feel the swing.

“The instructor is an integral part to the success, in that he still has to evaluate the limitation of the student and size the Robo accordingly. The instructor also can exaggerate fault corrections on Robo so the student can feel the exaggerated move and then find the middle position. From everything we have seen using the Robo in combination with K-VEST to monitor movements, and now incorporating SAM BalanceLab, we can see the full picture of the golfer’s movements and quantify them. This combined technology is the future of golf!”

No matter where you may be in your own personal golfing journey, the team at Boccieri Golf is undoubtedly going to be able to shed light on a path yet traveled. Whether it is equipment, fitting, learning or performance, there is something to be discovered at 15816 N. Greenway Hayden Loop, Ste. 300 in Scottsdale. It may not be Shangri-La, but for golfers, it may be every bit as euphoric.