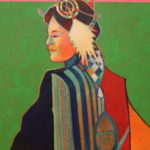 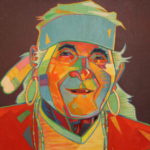 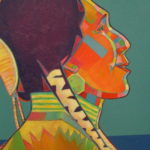 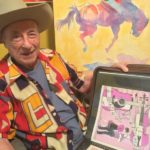 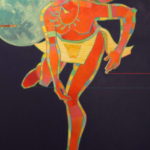 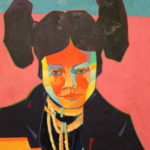 An artist’s creative outpouring often exhibits traces of the different environments in which he or she has lived. Just like any other person, the malleable mind takes shape from what the eyes have witnessed, the nostrils have inhaled, the taste buds have savored, and the fingertips have felt. This encourages the mind to create its own perception of the world.

Because of this perception, art enthusiasts will find details, even if miniscule, that reflect each specific artist. This guarantees that no two pieces of art will ever be the same.

Some artists, however, are not only shaped by their surroundings, but are also inspired by it.

Narciso Piu is one of those artists. Born and raised in Roggiano Gravina, a town in the province of Cosenza of southern Italy, Piu was driven to express his appreciation for the beautiful Italian landscape that surrounded him.

“My town, like many in Italy, was located on the top of a hill,” explains Piu. “When I was around 10 years old I began painting the hills and valleys of those picturesque landscapes. I wanted to thank God for the beauty that I saw.”

Of course, as children grow into adults, they do not always pursue the passions of their youth. Thankfully, Piu had a strong desire to create just like the professional artists he appreciated.

“When I was a kid, I would admire paintings. I thought that one day I might paint as well,” Piu says. “As soon as I could, I started training formally in art. I trained in pottery and fine arts at Istituto Statale D’arte in Italy and then at the School of Visual Arts in Manhattan once I immigrated to the United States.”

That immigration occurred when Piu was 25 years old. He became an American citizen and took jobs working as a ceramic artist and cartoonist. It wasn’t long before his new home welcomed him fully. A prominent Manhattan-based newspaper advertising firm, Metro Graphics, noticed Piu’s artistic talents and offered him a job. This he accepted and continued for the remainder of his professional career. Not only did he remain, but he thrived. As the firm’s feature illustrator, he became one of the most published US newspaper artists during that period, and one of the last to illustrate advertisements by hand.

After such a long and successful art career, Piu could have walked away from art altogether. But that was not the case. Piu’s desire to create was just as strong as the day he stood as a young boy before the hills and valleys of Roggiano Gravina.

Now standing before a different landscape, Piu finds it just as conducive for creating. And, for him, the landscape isn’t quite so different.

“We moved [to Anthem] from a community called Terravita in Scottsdale because I needed a bigger room to paint in and because we knew it would be a good place to retire,” says Piu. “Arizona has bright sunshine, light and shadow that I need when I paint. And it’s also very similar to the climate and landscape that I grew up in.”

Painting is the mode he now uses to express himself artistically, and it is what allows him to experiment with color.

“My brother painted a water color painting and I decided that I could do one better than him. I knew that I could do something more interesting with the colors,” Piu recalls. “To this day I enjoy color, mixing warm colors with cold colors, and everything about it.”

This fascination with color, along with the surroundings he’s become familiar with in America, motivated Piu to create another collection — a tribute to the aboriginal people of the United States.

With such a complex subject matter, Piu first set out to understand all facets of tribal costumes and roles. He read books, magazines and any other publication he could find. Eventually, he gathered the required information and began a collection of 22 oil on canvas paintings, ranging in size from 30 inches by 24 inches, to 50 inches by 38 inches.

Regarding the style, he says, “For this collection, I knew that a modern, graphic interpretation would be best for these portraits. I also like to use colorful backgrounds in portraits and these subjects were perfect for that as well.”

This beautiful collection — filled with rich colors, movement through shapes and forms, and images that reflect the strength, depth and culture of native tribes — has been well-received by the public, both internationally and locally.

The Mayo Clinic has also applauded his collection, featuring pieces in their 2011 Mayo Clinic calendar, the Scottsdale Mayo Clinic gallery and the Mayo Clinic Hospital art gallery. Because of that support, the late Andy Eisenberg, an important Heard Museum Guild leader and art collector, came across Piu’s work and was inspired to purchase a piece.

While his Native American collection enjoys its own success, it’s not the first time Piu’s art has been recognized, especially by his current community of Anthem. In 2006, during the Anthem Festival of Fine Arts, he earned the Ribbon of Excellence for one of his art pieces. And his oil on canvas painting, “Madonna and Child,” is on permanent display at the St. Rose Parish in Anthem.

No matter where Piu makes his home, from Italy to Anthem, he finds inspiration. This translates into paintings that skillfully explore the diverse world in which we live.