Riders of the purple sage 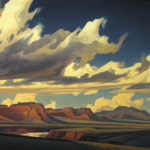 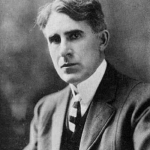 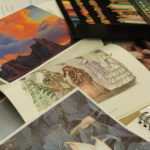 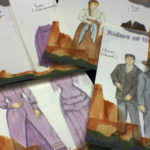 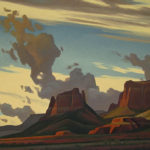 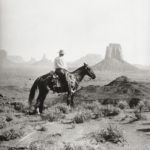 In setting out to compose the score for America’s first Western opera, Craig Bohmler wanted to create a familiar sound the audience could relate to. Inspired by Western movie soundtracks, a popular reference point for the genre, the Phoenix-based composer incorporated big tunes and thrilling climaxes in the music for Arizona Opera’s upcoming production of “Riders of the Purple Sage,” based on the novel by Zane Grey.

Accompanied by a 54-piece orchestra, the opera performs before a backdrop of vivid desert scenes brought to life by scenic artist and renowned Southwestern painter, Ed Mell. Like musical theater, the performance features clear leading and secondary players as well as complex antagonists, whose appearances often belie their true natures.

The scenes are set in a town near the Arizona-Utah border in the late 1800s. While Grey wrote the novel more than 100 years ago, contemporary themes of religious fundamentalism, vigilante justice and women’s rights abound, adding to the show’s relevancy.

“I was attracted by the strong characters and the way the scenes in the book were constructed,” says Bohmler, who studied under famed composer-librettist Carlisle Floyd. “Also, I knew I could write music that could reflect the landscape depicted therein. Because the emotions and the stakes are high, there is a kind of melodramatic quality to the work that lends itself well to opera.”

Part of what makes Grey’s “Riders” poignant today is its comparison between Jane, the show’s protagonist, and the religious undertones pushed by members of a fundamentalist church, who attempt to manipulate and take away Jane’s land, says Kathleen Trott, Arizona Opera’s costume shop manager.

“There are religions across the world today who do exactly what’s happening in this story,” says Trott, now in her fourth season at the Phoenix-based opera. “They are interpreting their written dogma and doctrine in ways that seem very contrary to the intent behind their faith.”

Trott, a 13-year veteran of the industry, oversaw the production of the show’s more than 55 costumes. Through suggestive visuals, which focus largely on the show’s female silhouettes, the costumes indicate to audiences when and where the narrative takes place.

“The silhouette on the women tells us we’re in the Victorian era of the West,” Trott says. “One of the things the director and I are trying to do with the costumes in this show is to help tell the story of Jane, who is the main character. She is the ideal person; she’s loving and kind, and she loves her desert home.”

Jane’s costumes of sage greens, browns and wildflower colors reflect her natural spirit, contrasting with the industrial grays, blues and blacks of men who live in the town, Trott says.

The show features a “man in black,” with hidden undertones that suggest to the audience that nothing is what it seems.

“We wanted to draw that comparison,” Trott says. “That’s another part of this story that is interesting and poignant: not judging a book by its cover. Just because someone looks one way doesn’t mean it’s the truth of the situation. You have to look past the surface layer to understand what’s happening.”