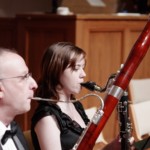 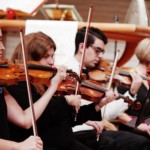 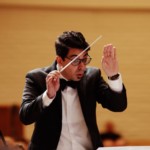 
In 2001, Connie Campbell Henry and her husband decided to settle down in Anthem. At that time, the community was still in its early stages. With much room for growth, Henry knew what was lacking. With a background in chorale music, it became her mission to create a community choir.

“I immediately started asking at every community meeting or social gathering if there was anyone interested in singing in a community choir. I started taking down names,” says Henry. “Lacking the conducting expertise necessary to lead a choir, I was also on the lookout for a conductor. At a Wednesday Club meeting in September 2003, Linda Schwartz, a local piano teacher, told me about Kevin Kozacek, who had just moved into the Anthem Country Club. She heard that he was an experienced chorale conductor interested in starting a community choir. Bells went off!”

With only 17 members at the beginning, rehearsals held in a private home, and personal funds used to pay for music and supplies, the future growth of the choir was uncertain. However, Henry and the rest of the members continued to work diligently to share their beloved chorale music with the rest of the community.

But first they needed a name. From May 2004 and on, they called themselves ProMusica Arizona.

As the group’s popularity increased, so did the group’s members. But it wasn’t just singers who wanted to perform. Instrumentalists came to them searching for a place in their group, and soon they were no longer solely a chorale group. They had become ProMusica Arizona Chorale and Orchestra.

For the next 13 years, ProMusica Arizona grew in unimaginable ways and impacted the Valley’s musical landscape. From performances with celebrated violinist Elizabeth Pitcairn and jazz great Dennis Rowland, and at venues like the Scottsdale Center for the Performing Arts, Herberger Theater West and the Orpheum Theatre, they emerged as one of the top chorale and orchestras in the country.

Now with 100 members, ProMusica Arizona continuously wows audiences with their skillful, entertaining and reasonably priced shows held throughout the Valley.

“Our repertoire is varied and eclectic ranging from classical to Broadway, jazz, pops and easy listening,” says Lissi Weiss, founding member and past board chair. “Each concert is thematic, follows a narrative line, and offers a multisensory experience of sights and sounds that offers audiences an opportunity to experience a wide range of human emotions — laughter, sadness, love, joy, frustration, anger, triumph, awe and wonder — as we explore our world through music.”

One of those multisensory experiences will occur once again April 7 and 8.

Executive director Yvonne Dolby says, “ProMusica Arizona will reprise The Unpredictable Adventures of Henry Hicklebee for our final local concert of the season. We are honored to be part of the Pinnacle Concert Series for this show. The audience, through text voting, will once again direct how the story unfolds and consequently what music is performed. The concert will be enhanced with a slide presentation of the various locations where Henry Hicklebee travels.”
But after that concert, ProMusica Arizona will head to New York City on April 24. As one in a group of exclusive invitees, they will have the privilege of performing during the Masterwork Series with other professional singers and a nationally recognized conductor. While their presence in this special event alone deserves congratulations, another fact makes this trip a cause for celebration.

The concert occurs at one of the most prestigious venues in the country: Carnegie Hall. It will be a one-of-a-kind experience most performers only dream about.

“Anytime you are able to perform at arguably the world’s most notable concert hall, it is a huge honor,” says Dr. Adam Stich, artistic director. “This is the same stage that has hosted Leonard Bernstein, the Berlin Philharmonic, Wynton Marsalis, Yo-yo Ma and countless others. It’s an honor. We will be in residence for four days in New York, working with other musicians and the composer, rehearsing, sharing and exploring the music together.”

The venue may have grown, but ProMusica Arizona has been creating beautiful music this way since the early days when it all began in a living room. With harmony like theirs, they will continue to grow, to innovate and to bring joy to listeners for many years to come.