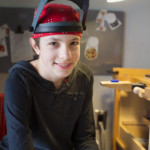 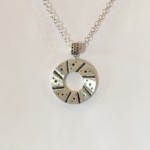 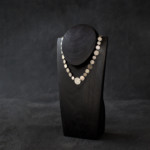 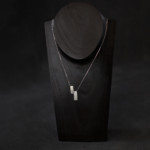 The Hodson family has a proud tradition in gems and jewelry. Five generations, to be exact —and that fifth generation is getting a very early start in 13-year-old Elliott Hodson.

Elliott’s great-grandfather gave up the life of a Chicago accountant to pursue his passion for rockhounding in the Southwest. He began by purchasing a Nevada opal mine that remains in the family. Consecutive generations carried on the tradition in the Phoenix area with the opening of Hodson’s of Scottsdale in Old Town Scottsdale, which enjoyed success in multiple locations over the ensuing years.

Scott and Sally Hodson first met through their work in the stores and recently launched their own repair and design studio, Jewelry MD, in North Scottsdale. Now the parents of two boys, they recollect that their son Elliott showed early signs of a passion for rocks.

“He used to come home from his Montessori preschool with pretty rocks from the backyard,” says Sally. “The school had goats and chickens, but he just wanted to dig for rocks. We wire wrapped all his rocks together and made him a huge keychain that he treasured. He and his brother have always loved looking for and collecting rocks.”

Elliott grew up watching his parents employ a range of techniques and approaches. Both parents have won multiple design awards over the years. Scott is an expert jeweler and metalsmith, using both Old World and modern techniques. Sally, whose background is in fashion, is adept at computer-aided design. Both enjoy creating original pieces, as well as restoring or re-working jewelry.

Elliott was just 11 years old when Scott decided to hand him a bit of the wax used for carving the first designs in the casting method.

“I always watched what my Dad did,” says Elliott. “ I don’t think I was paying direct attention, but I was watching. One day, he sat me down at my desk, gave me wax and a file and told me to try making something.”

What kid doesn’t jump at the chance to carve and use a blow torch? Elliott decided his first piece would be a ring. Scott and Sally were floored when he carved a perfectly symmetrical, eight-sided ring that resembled a construction nut.

“We wanted to see if it was something he enjoyed,” says Scott. “The trick is to not overwhelm him, because that happened to me when I was younger. The talent he has for hand-carving at such a young age is amazing. If he keeps going with it, he will become a master carver.”

Elliott didn’t shy away from the next step: placing the wax design into a plaster-like material called investment, then baking it an extremely high temperature for 12 hours until the wax melted away, then filling with casting grains of silver and taking a blow torch to it in the crucible, ensuring the metal came to the perfect temperature. Centrifugal force is used to force the molten-hot, liquid metal into the spaces left by the melted wax in the investment (at any point in these processes, the smallest flaw will immediately render the cast useless). After about five minutes, the silver has sufficiently settled and tongs are used to “quench” the still-fiery hot piece into cold water to set the design. Cleaning off any investment that remains is the last step before additional embellishments are made using files or brushes.

After that first ring, Elliott was off and running. His next creation was a matching sand dollar-inspired pendant and earrings set. Sally proudly displayed it in the shop and sent out an email to family, friends, and her many faithful customers to celebrate his accomplishment. What she didn’t expect was an immediate response from a customer who wanted to purchase it, and who then commissioned a matching set for her best friend to celebrate a milestone birthday.

“At first, I said the set wasn’t for sale,” Sally says. “I saw it as just a fun thing, something to keep around the store. Then I thought, ‘Why not?’ The customer loved it so much and it looked beautiful on her. When she ordered a set for her friend, it just took off from there. The response has been fantastic.”

Elliott’s days are busy with Primavera online school, volunteering at the library, playing tennis, and traveling with his family. He always finds time to dedicate to his art, enjoying the creative process and utilizing the advantages of a young mind, free of convention and full of ideas.

Though he isn’t old enough to actually enter the jewelry shows his parents attend, he continues to make competition pieces and has expanded to learn new techniques with silver and antique bronze. He molds silver clay and uses hammers to pound sheets of silver into circular domes (called dapping), or solders silver wire into rings.

He drills holes, experiments with a turning lathe, makes his own jump rings, weaves cords into stretchy chains for some of his more casual pieces, or chooses the silver chains he thinks best fit his pendants.

Always eager to try something new, he’s also taken on the challenge of stone-setting, which requires thousands of tries to perfect.

“It’s not an easy thing to master,” says Scott. “Just holding the jewelry firmly and seeing the tiny prongs are a challenge. There’s no room for error.”

Elliott even has his own signature finish that the shop calls E-tex, which is a roughed-up texture resulting from the way he prepares the wax before casting. No two pieces are alike, making them truly handcrafted.

He finds inspiration in the world around him. One of his pendants mimics the armrests he had removed from his jeweler’s bench and was messing around with. He liked the way they looked when lined up in an asymmetrical manner, and a new design was born. Hubcaps, a Rubik’s Cube, nuts and bolts … his eye sees the design and his imagination guides his hands.

“I see designs and shapes around me and then interpret them from memory,” says Elliott. “Hand fabrication is my favorite, though I like all the methods. It involves lots of hammering and fire, which is fun. I like using screwdrivers or steel wool, or whatever I can find to try a new texture or finish.”

Elliott framed that first dollar bill from the original set he sold. He’s gone on to sell more than 40 pieces, all of them solely via word-of-mouth from the many loyal customers that feel more like close friends when they visit the shop. It’s clear that he has a bright future as the next generation of talent in the family business, but with his own unique approach that is quickly gaining a dedicated following.