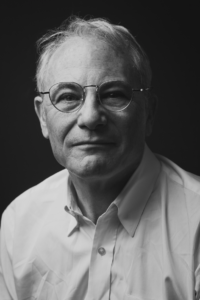 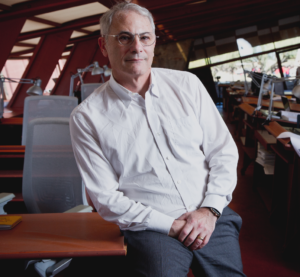 He stood as an imposing figure in front of the lecture hall, pacing the stage with furrowed brow as he observed the new faces of an incoming freshman class of architecture. A studied historian of architecture, this professor, who was also a child of the 1950s beat movement, a student of 1960s ethical liberation, and an ardent admirer of Frank Lloyd Wright, would later become one of my most treasured educators.

On our first day of class he would make a remark that become an unforgettable sentiment, which well over a decade later I still can recall with lingering clarity, he said, “I wanted to be an architect, but soon realized that I could never be as good as Frank Lloyd Wright.”

His words rang deep and sharp, permeating confusion throughout the auditorium, as the students, lost and adrift at the beginning of their own journeys, were unable to grasp any subtext in a seemingly candid declaration.

Frank Lloyd Wright was never an imitator. In fact, in a 1953 Interview with journalist Hugh Downs on the subject concerning his greatest disappointment, Wright lamented his distaste for imitation, of which he had been the victim of during his long and storied career. Wright, as did my dear professor, wanted his students to further his process of architectural philosophy, not blindly recreate the expression that evolved from it.

The common cliché of imitation being the sincerest form of flattery is also lost on Aaron Betsky, who, as a distinguished architect, critic and educator, and very much an individualist in his own right, has been so drawn to Wright’s legacy.

His formative experiences as a child, particularly his first visit at architect Gerrit Rietveld’s colorful, open-plan Schroeder house in Utrecht, Netherlands led him on a life-long path to seek and create instances of expression worthy of the moniker of architecture. Celebrated in his own right, Betsky is a treasured fixture in the architectural community, having worked as an architect himself with several prolific design offices, as an ardent supporter of formerly little-known and now renowned architects such as Rem Koolhaas, and presently to Taliesin, one of its pertinent saviors.

While Betsky is an ardent admirer and guardian of Wright’s legacy, he does not want that very legacy to be hermetically or preciously preserved. He perceives the buildings at Taliesin in Phoenix, Scottsdale and Spring Green, Wisconsin as learning laboratories with the potential to not only form student experiences on campus, but also serve as a platform to initiate tangible change in the world.

Betsky adds, “We use the buildings … and what we learn from Frank Lloyd Wright’s work … the way in which he thought of architecture as evolving from inside-out, ways in which we build with the land, of breaking the box, of being organic, fusing both private and social [functions] together, rather than separating them—all of those themes that run throughout his buildings, we want to take and move them forward to see how we can apply them to a contemporary situation.”

The recent acquirement of the famed David and Gladys Wright House in Phoenix, a gift from a local patron, and originally built as a homestead for Wright’s son and daughter-in-law will undoubtedly expand upon this tradition and has given the school a very real touchstone in Phoenix.

Situated in the Arcadia district, the house once faced bleak prospects as the target of an overzealous campaign to demolish the historic structure. Luckily that ill-fated day never arrived, as the bulldozer operator, upon arrival at the site, flatly refused the order and notified authorities at the City of Phoenix.

Betsky elects that precise moment as an example of how strongly Wright’s work communicates on a personal level, through the strength of its image and inherent charisma. Betsky understands why someone with a bulldozer would look at the home and think, “Wait a second. This is not some teardown; there is something going on here.” He feels the house gives the school a chance to come off the hill, so to speak, and although the reception in the neighborhood has not always been affable, the community is now pleased to see the house being used in a responsible and respectful manner.

As he looks forward to building strong ties with the Arcadia neighborhood, plans have been moving forward to restore the main structure and neighboring guesthouse, with a landscape architect and designer looking at the master planning of the site. Once the renovation is completed, a fortunate student will be provided the opportunity to live in the on-site guesthouse.

Betsky’s penchant for experiment has also compelled him to expand the long-running, student-constructed desert shelters program in which students design or redesign existing shelters, then inhabit them for their tenure at the school. For this coming year, he has introduced a new format that requires students to include their shelter concepts within their thesis project, urging them to investigate how their ideas can be scaled up, or transformed for suitability in other locales.

Further, he has allied the school with a number of outside interests, including revitalization work with the boom-and-bust Arizona mining communities of Globe and Miami; revamping the site of a Unitarian church in Tucson; continuing work at the David and Gladys Wright House; and community projects in Spring Green. Betsky wants to stay away from the common impression of the “ivy tower” architect, instead bringing back the sense that, while Taliesin students do engage in rigorous theoretical precepts, it is also a place where you can “get your hands dirty, become a part of the community and contribute to it.”

Aside from an otherworldly ability to speak through the inanimate materials, which compose the reams of remarkable examples of architectural form in his incredibly long career, the question does still remain: Why is Wright so very popular to this day?

Betsky notes that Wright’s autobiography remains one of the most widely read architecturally related books, but also notes that not all students attend Taliesin because of Wright—although some do. He recounts a story of woman who was frustrated by her career path and, after reading Wright’s autobiography, felt compelled to “drop everything” and move to Taliesin. This occurrence is not uncommon, he adds.

Wright was a showman, yes, but more endearingly to Betsky, and perhaps more compelling than his penchant for dramatic architectural form was his ability to make intrinsic and extrinsic connections so apparent, and most importantly, so elegantly. Within a work of art, literature, music or architecture, he explains, there are very real qualities that can be defined and described. Subjectivity, in a sense, does not exist. The ability to create good architecture is fundamentally important in our society today, as is making good art and literature, but it does not happen by accident.

Betsky can show you exactly why Wright was a great architect, as his thoughtful and responsive compositional choices make good architecture, as it does art.

“People can say whatever they want [about art],” he says, “but if you look long and hard, it has qualities that you can define, describe and judge; this idea that everything is okay and everything can be art is bullshit.”

Betsky leans back in his chair, his concentrated gaze reviewing the room in which we are sitting at Taliesin West. He notes the stretch of proportions and the contrast between the robustness of the structure punctured by delicate glazing, which offers very powerful connection to the desert landscape and valley below.

Taliesin is a very active response to the mountain range, and exposes an endearing mode of communication that Betsky and many others connect with to this very day. Wright still communicates with us all, while never uttering a single word.