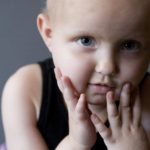 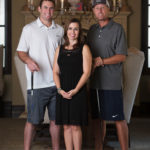 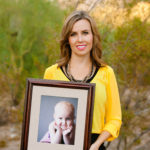 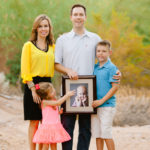 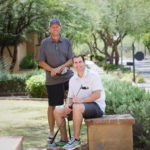 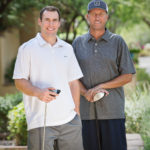 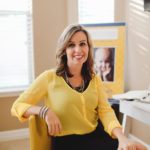 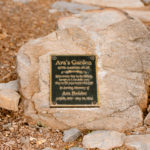 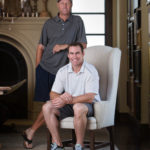 That’s the question Chrisie Funari, president and founder of the Arizona Cancer Foundation for Children (ACFC), wants everyone to be asking.

It’s been four years since Chrisie started ACFC after losing her 5-year-old daughter, Ava, to cancer. Her goal was to help families who were going through the same thing she and Ava had, as well as to raise awareness of pediatric cancer. Since then, she’s seen ACFC grow in incredible ways.

“It’s been unbelievable how much the community has embraced us,” she says.

For the past few years, Chrisie worked from her home. However, with the organization growing quickly, she knew she had to find a bigger place.

In February 2016, ACFC officially moved into an office in Scottsdale. A small core of contracted employees and more than 100 volunteers keep the foundation running smoothly.

Volunteers work in the office, host different fundraising activities and help pack and deliver Sunshine Packs. Every child that ACFC works with receives a Sunshine Pack, filled with age- and gender-appropriate donated items such as blankets, water bottles or coloring books. The older children might get journals or iPads – something to help with the long hours of traveling or stationary treatments.

In Arizona, nearly one child a day is diagnosed with some form of childhood cancer. That’s about 350 families every year in Arizona alone. Since 2014, ACFC has served more than 200 families, giving away Sunshine Packs, assisting with travel and aiding with other expenses.

“[The growth] far exceeds my expectations,” says Chrisie. “I’m humbled by it. It’s been so exciting to watch [ACFC] grow in honor of Ava’s memory and as a legacy to her life.”

All proceeds go to the families ACFC helps support. The organization works with social workers on a case-by-case basis, determining each family’s need for financial assistance. The families then receive cash assistance ranging from $500 to $2,000, helping to pay for medical bills, travel expenses, rent and groceries.

Chrisie tells me of one family who was driving to the hospital for treatment on bald tires. ACFC replaced their tires so they could travel safely. ACFC helped another family travel to Houston for treatment when all of their son’s treatment options had been exhausted in Arizona.

Whatever their individual need, all families working with ACFC receive a check, a Sunshine Pack and information on local resources. ACFC also assists with families’ financial planning, walking them through what to expect. The organization’s family respite program provides family outings, like a ballgame or a day at family camp, free of worry.

This year, Chrisie is aiming to make Swing Fore Kids Cancer “more interactive and fun.” She is incorporating the many celebrities who support the foundation with a “beat the pro” friendly competition.

Kendra Scott is donating jewelry for a mystery grab, while Enterprise will display its line of exotic luxury cars, including a Maserati, Tesla and Lamborghini. For the kids, Chrisie promises a bounce house, magician, face painting and balloon animals. There will also be a red carpet, bar and buffet, raffle and silent auction. Anyone can access the online auction, even those not planning on attending.

“Last year, we had a guy bidding from Italy,” Chrisie says. Auction items include an intimate dinner with Arizona Diamondbacks first baseman Paul “Goldy” Goldschmidt and Jim “Bones” Mackay, caddy for professional golfer Phil Mickelson. The two men are the honorary chairs of the event and passionate about ACFC.

“When Ava was diagnosed with cancer at such a young age, it was a shock to our family,” says Jim. “Since we were neighbors [with Chrisie] at the time, we immediately became involved. Our kids were friends with Ava and her siblings, and we were there every step of the way for Ava’s battle with cancer.”

“We are honored to be involved and hosting this year’s event with the Goldschmidts,” says Jim. “Swing Fore Kids Cancer is a blast for everyone, and it’s a great event that supports children with cancer right here in our community.”

Paul agrees: “You can have a lot of fun while raising money for a great cause. My wife and I enjoy hosting and attending every year and seeing our friends and the community come together to support kids with cancer right here in our backyard.”

It is true that raising money for a great cause can be fun, especially if you are creative in how you go about raising the money. Using a platform like GoFundMe, it can also be a very effective way of raising money for your chosen charity.

Besides raising money for children with cancer, Chrisie hopes Swing Fore Kids Cancer will also bring awareness of pediatric cancer to the community.

“We want everyone to be aware, to know that it could happen to anyone,” Chrisie says. “Cancer does not discriminate.”

The biggest thing that Swing Fore Kids does is give ACFC a voice.

“It gives us a chance to talk about [pediatric cancer],” says Chrisie. “We”re starting a conversation that matters, is important and needs to be recognized.”