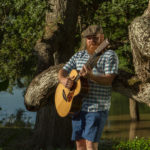 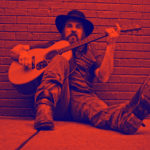 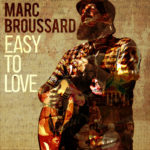 Easy to Love.” The song, aptly titled “Don’t Be Afraid to Call Me,” debuted on Rolling Stone Country in July with critical acclaim. With the remainder of his album slated to debut in September, the blues singer will perform at the Musical Instrument Museum in October as part of a four-month tour. Broussard’s new album is the first since “Life Worth Living,” which he released in 2014.

The singer/songwriter has been performing on stage since he was five years-old, when he would pop in on the stage of his father’s American Cajun swamp pop band, The Boogie Kings, and belt out songs like “Johnny B. Goode.”

The solo artist released his debut album “Momentary Setback” in 2002, which he independently recorded and released. The song “Home” from his 2004 “Carencro” album catapulted him onto fan radar. The title track is a tribute to Carencro, Louisiana, where Marc was raised and still lives.

In 2007, he released eight albums. His contemporary interpretation of rock, soul and rhythm and blues has been the soundtrack for television shows and movies. The song “Cry to Me” from his third album, “S.O.S. 2: Save Our Soul: Soul On a Mission” attracted more than 1 million views on YouTube.

Combined, Broussard has sold more than 500,000 albums to date, which is perhaps no surprise since the hardworking artist performs at least 150 times a year. He’s toured with Zac Brown, Bonnie Raitt, Dave Matthews Band, Chris Isaak, Willie Nelson, Maroon 5, Gavin DeGraw and other artists. He’s also appeared on the “Tonight Show with Jay Leno,” “Late Night with Conan O’Brien,” “Jimmy Kimmel Live!,” “A&E Breakfast with The Arts” and the “CBS Saturday Early Show.” PerformerMag.com writes, “His voice stands above all others in the field. Quite simply, Marc Broussard is the reason they invented soul music.”

On October 6, Marc will perform at MIM Music Theater in Phoenix, one of several artists lined up to perform at the museum’s intimate concert hall this fall. Others include blues artist Ana Popovic, whose concert will be on September 3; country artist Lorrie Morgan, who will perform on October 21; and pop, blues and jazz band Gypsy Soul, which will appear on November 4.