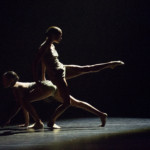 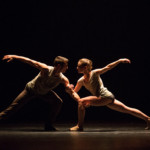 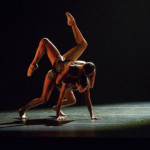 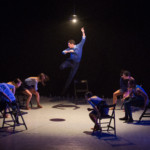 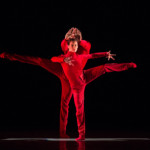 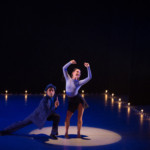 This self-labeled “jewel of a dance company” performs for two evenings in April at Scottsdale Center for the Performing Arts before heading east again on a national tour. Both nightly performances offer an eclectic arrangement of commissioned and non-commissioned work, comprised of three ballets by different choreographers.
Executive director Jean-Philippe Malaty describes the company’s overall mission. “We really believe in the essence of dance and moving people emotionally,” he says. “The physical beauty and the sheer athleticism of the dancers should be enough to move you as an audience member.”

The poignant, abstract presentations of the ballet’s 11 classically trained dancers are best witnessed on the stage. Even Malaty, a dancer-turned-administrator who is verbose in his knowledge and enthusiasm for the craft, encourages dance enthusiasts to look beyond written and verbal descriptions and experience the show live, in person.

“We believe in the visceral power of dance,” he elaborates. “It’s something you should see for yourself. There’s nothing much to understanding it. You come and are moved because of the beauty of the human spirit.”

“Huma Rojo,” or “red smoke,” premiered in February 2016 and is the company’s newest ballet. Choreographed by Barcelona-born Cayetano Soto, the high-energy performance features Latin-inspired and diverse music by greats such as Ray Barretto, Nat “King” Cole, and Abbe Lane.

The second ballet-commissioned work, “Silent Ghost,” is an emotionally charged performance with tinges of romanticism and kindness, underscored by the palpable connection between dancers. Malaty describes it as “an abstract work; there is no storytelling. You can really see the emotions of love and loss.”

Jorma Elo’s “1st Flash” is an acquired work created more than 10 years ago for a company in Holland. Featuring music by the late Finnish composer Jean Sibelius, viewers seeking a true ballet experience might appreciate this work above all.

“It will probably satisfy their hunger because it has beautiful classical music,” Malaty explains.

Two decades ago, Malaty joined with founder Bebe Schweppe and artistic director Tom Mossbrucker to form the dance company in Colorado’s Rocky Mountains. From modest beginnings, the trio forged new ground with an “open, exploratory” style and approach to the medium that involved commissioning new works and hiring promising new choreographers, many of whom have since flourished in their careers.

“We wanted to create a different style ballet company, a different model,” Malaty explains. “To this day, 20 years later, it is still our reason for doing things differently.”

In 2000, the Aspen-based ballet merged with Santa Fe to offer a year-round season in both cities. In addition, the company now tours nationally and internationally, with a sizable annual budget and endowment to help maintain its distinctive vision.

Malaty, originally from France, says the company’s mission is not to promote social justice or take itself too seriously, as some contemporary dance companies are prone to do (and many do well, he acknowledges).

With such an eclectic array of offerings, audience members in Scottsdale are sure to be entertained above all.