Against the wind: Jason Magee takes a swing at conventional golf 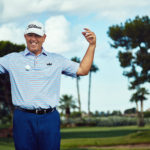 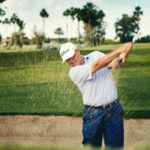 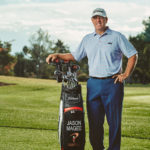 Below the Titleist ball cap and latest threads that Peter Millar has to offer, Jason Magee is a little more complex than meets the eye. To the casual observer, he looks like an average golf professional. He calls a patch of turf at the southern end of the McCormick Ranch Golf Club driving range his office and, like most instructors, his golf bag, embossed with his name, is overflowing with training clubs, swing aids, gizmos and gadgets, perfect for teaching new and experienced golfers how to hone their skills.

But spend a little time with Jason and you will find he is as generous as he is sarcastic, and as self-deprecating as he is confident.

Most of all, he is devoted to making a difference in the golf industry. He has an inspiring story that might make you take up golf. If you want to take up golf then check out this guide from The Adventure Lab to get familiar with the basics of swinging a golf club before you go to any ranges.

Born and raised in small-town Louisiana, Jason was not exposed to country club life. While other pros grew up taking aim on carefully manicured greens, Jason perfected his swing on the family farm, using animals in distant pastures as targets.

“If I could make them move, then I figured I’d hit a good shot,” he says with a wry smile.

So, how does a boy from the bayou end up as one of the most sought-after golf instructors in the Valley with a who’s who list of clients? The answer: unconventionally.
In between attending Louisiana State University and graduating with a degree in meteorology from the University of Michigan, Jason joined the Marine Corps, where he was stationed in Iceland and served in the Gulf War (Operation Desert Storm).

Once back in the United States, Jason set about becoming a member of the PGA by taking assistant positions around the country and building his resume.

“I worked at four top 100 courses in America right out of the gate to start my career,” he recalls. “Talk about a home run!”

From Kansas City Country Club to Shoal Creek in Alabama, then Atlanta Athletic Club to Grandfather Golf and Country Club in North Carolina, he honed his craft – and began turning heads in the process. He soon landed his first head professional position at Bayou Oaks Golf Club in his home state.

In August 2005, Hurricane Katrina ravaged the city of New Orleans, and Bayou Oaks Golf Club was not immune to the devastation. With the course closed for what would be several years, Jason was flushed from his native Louisiana. He landed in Arizona two days later, looking for seasonal work in the golf business.

“I went from the head pro to being the bag drop and making $10 per hour,” Jason says, with a sense of sarcasm. He stated all he had was his golf equipment including new items that he received as part of a golfer christmas gift he received from family.

Jason saw out the season, but as he began to see the day-to-day operations of a traditional golf club with its layers of bureaucracy, rigidity and regulation, he decided that perhaps it was not for him.

With a strong playing resume, a military background, a farmer’s work ethic and enough one-liners to entertain clients for hours, Jason saw an opportunity to escape the golf club environment while still keeping the range as his office. Instructing, he knew, was his true passion and strength.

After a four-year stint teaching the game with the John Jacobs’ Golf School based at Camelback Golf Club, Jason went out on his own and began building a name for himself at his current location at McCormick Ranch.

As luck would have it, not too long into his independence the 2009 recession hit, and disposable income for high-dollar, hourly golf lessons was hit hard.

“There used to be 11 of us down here teaching, he says. “Now there are just three. To survive the downturn, I changed my business model. I wouldn’t say it is controversial, but it is certainly the head tilt in the industry.

“I charge $50 per month for unlimited golf lessons. I only ask that the student commit for a year. People look at me funny when I tell them that. Here is why it works: it is a two-fold winner. The student commits to a year’s worth of instruction with one instructor and can come whenever they want. I get to work with students consistently for a year, and they get better.

“The current model is broken,” he adds. “Golf professionals charge too much, and no one can learn anything in an hour.”

Jason does not have a website or a business Facebook page, yet his teaching book is full through referrals – to the point that he is selective when taking on new clients.

One client he did take on four years ago was Arizona Cardinals fan-favorite Larry Fitzgerald.

“One day, Larry was just being the man of the people, hitting a bucket of balls here on the range at McCormick,” Jason says. “People kept coming up to him, and he was gracious to all of the requests, but I could see that he had the golf bug and wanted to practice to get better. I offered for him to come into the teaching area to reduce the distractions. What I didn’t realize was that he was going to turn up and do the same thing for the next four days.”

Soon Larry was bringing other players, and Jason began casting his eye over and teaching many of the Cardinals team members, including Carson Palmer, Dwight Freeney and Michael Floyd.

“It is pretty simple,” he says. “I don’t ask them about football, I just keep it about golf.”

As the summer arrives, Jason has more time to relax, play golf and travel, but is still available for his year-round clients. At 46 years of age, the meteorology major has weathered a physical storm and a financial storm, but has managed to stay true to his passion.

He does what he loves, and while he may be challenging the conventional wisdom of the golf industry, he may also be doing a better job of achieving the industry goal of growing the game than his counterparts.

Jason Magee may be complex, but he might just be one step ahead of the curve. And he is having an awful lot of fun being there.