A Visit With Roger Naylor 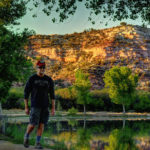 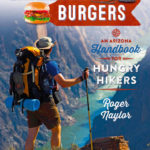 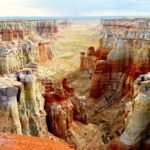 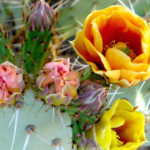 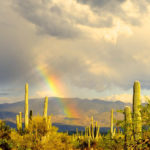 Whether you’re new to Arizona or have lived here for many years, chances are you’ve read Roger Naylor’s articles or visited his blog, rogernaylor.com. A full-time freelance writer for 22 years, Roger is a regular contributor to the Arizona Republic, has written for Arizona Highways and has authored three books: “Arizona Kicks on Route 66,” “Death Valley: Hottest Place on Earth” and “Boots and Burgers: An Arizona Handbook for Hungry Hikers.”

The talented writer, blogger and hiker has three more books coming out in 2017, but not before making his first visit to Cave Creek Museum on December 10 for a special presentation and book signing from 2 to 3 p.m. Admission is free, though donations are appreciated. Reservations are suggested as seating is limited.

We wanted to dig deeper and find out what really drives Roger’s passion for Arizona. Here’s how our conversation went.

Where did you grow up?
I was born and raised in Cincinnati, Ohio. I grew up watching cowboy movies and fell in love with the epic landscapes they portrayed. I knew I needed to come west.

When did you move to Arizona?
I first set foot in Arizona when I arrived as a student at Northern Arizona University. I loved the state right from the beginning; maybe a little too much, because that derailed my college career. During my first semester, I made the dean’s list. By the second semester, I was on academic probation. That was because by then I had discovered that I could get up in the morning and go to class or I could go hiking among the aspens on the San Francisco Peaks or the red rocks of Sedona. I spent most of the next three years hitchhiking around the West, exploring, discovering, getting into jams and then extricating myself. So I ended up with no degree, but great memories and lots of good stories.

How old were you when you first saw the Grand Canyon, and what was your first impression?
I first visited the Grand Canyon when I was 19. I loved it immediately and was overwhelmed by its power and beauty. But at the same time, I was much too young to fully appreciate it. A couple of buddies and I hiked down on the Bright Angel Trail to Indian Garden, more than 4.5 miles below. We were typical idiot tourists, completely unprepared. We weren’t dressed properly and didn’t carry enough water. Fortunately, the health and stamina of youth compensated for bad judgment, and we made it out just fine.

How many times have you been to the Grand Canyon, and do you have a favorite season?
The Grand is beautiful in all seasons, but spring may be the most magical. Since my first visit to the canyon as a wide-eyed teenager, I’ve probably returned more than 100 times. I try to go several times each year. The canyon has become a special passion of mine, especially as I’ve gotten older. We have one of the Seven Natural Wonders of the World in our backyard. What an incredible gift! No other state can claim that. I’m always appalled to hear from people who have never been. When I’m elected governor, every Arizona resident will be required to visit the Grand Canyon.

You also love spending time in Sedona. How many times have you been there?
I do love Sedona and can actually see the red rocks from my window. I live in the Verde Valley, so I’m hiking and dining among those stunning cliffs on a weekly basis — or at least, when I’m not on the road working on stories in other parts of the state. We chose to live in Cottonwood for a number of reasons, but having the sheer staggering beauty of Sedona just minutes from my door was a very big part of it.

Is there any place in Arizona you haven’t been? If so, where would you like to go?
Last year, I put 20,000 miles on my truck and it never left Arizona. There are many places in this remarkable state I haven’t been, but none are easy to reach. I don’t have a four-wheel drive, so there are several rough roads I haven’t explored. The most glaring omission in my travel resume is that I’ve not yet made it to Havasu Falls. I very much want to get to Havasu Canyon and see those beautiful, blue-green waterfalls. But it’s one of those outings that require lots of advance planning, and that is not my strong suit.

What was the most grueling hike you ever took in Arizona, and why?
At the Grand Canyon, I’ve hiked from the South Rim to the river and back in a day several times, and that’s a pretty tough one. It’s more than 17 miles with a lot of elevation loss and gain. But what an utterly fantastic day! My knees are grumbling at the end of it, but my heart leaps like a trout from a stream.

What Arizona town or restaurant surprised you the most, and why?
I’ve done a complete 180 on my feelings for Yuma. I never really cared for Yuma very much, but in the last decade the town has undergone a remarkable transformation. They cleaned up and restored their riverfront, which was a massive project. What used to be an overgrown trash dump has been turned into beautiful riparian wetlands with walking and biking paths, small sandy beaches and a lovely park. They revitalized the downtown, made improvements to their two state parks — including the very cool Yuma Territorial Prison — and initiated multiple agritourism programs that have been wildly successful. Yuma is the poster child for doing things right, and it’s one of my favorite towns to visit. Yuma is officially the sunniest place on Earth, and to be hanging out there in January when it’s 77 degrees, eating my favorite burrito in the state and washing it down with a fresh date shake … that’s how I like to sneer at winter.

What’s the most dangerous animal you’ve encountered while hiking?
I’ve certainly come across plenty of rattlesnakes over the years, and even a few Gila monsters. But I never felt in danger. As long as you can see where you’re putting your hands and feet, you have nothing to worry about.

My favorite animal encounter was when I was hiking in Dead Horse Ranch State Park and a jackrabbit exploded over a small hill with a coyote right on his tail. I stood motionless and they ran right toward me with the rabbit zooming past, while the coyote suddenly realized I was there and veered off. In basketball parlance, I set a pick for a jackrabbit! If it had been a roadrunner being pursued by the coyote, it would have been the greatest day of my life. Especially if the coyote was wearing Acme Corp. jet-powered roller skates.

Tell us about your new books coming out in 2017.
I have two more books that should be out around the first of the year. One is “Life on the Edge: The Amazing Kolb Brothers of the Grand Canyon.” It’s the tale of the wild adventures lived by two of the canyon’s earliest pioneers and is being published by the Grand Canyon Association. The second is one I’m publishing myself about some of Arizona’s best hidden hikes. And, I’m working on another book for Rio Nuevo Publishers that will be out in 2017 called “Uniquely Arizona.”

If someone had one day to spend in Arizona, what should they see?
Start in Flagstaff so you can smell the cool pine air and see the fierce outline of the San Francisco Peaks. Then make the winding, twisting drive through Oak Creek Canyon to Sedona, one of the most spectacular drives in this country.

Prowl around the galleries of Sedona or take a short hike. By now, you’ve worked up an appetite. Head across the Verde Valley through picturesque Old Town Cottonwood and Clarkdale. Make a quick drive up the hill to the old mining town of Jerome. Eat lunch on the deck of the Haunted Hamburger while savoring the expansive views. You can even see the San Francisco Peaks, where you started, in the distance. Think about what you’ve witnessed in just 50 miles as you tuck into a juicy burger.

Head for Camp Verde. Make a stop to marvel at Montezuma Castle, a remarkably preserved pre-historic cliff dwelling. Head south on I-17. Normally, I’m a big proponent of two-lane roads, but it’s getting later in the day now and this section of I-17 gives you a dramatic look at the changing country around you as you cross high grasslands ringed with mountains. Stop at Sunset Point Rest Area to stretch your legs and to admire the big panoramas.

From there, you begin a descent through the Sonoran Desert as a forest of saguaro cactus rises up around you. If you’re feeling peckish, stop at Rock Springs Café for a piece of pie — I recommend the Jack Daniel’s pecan. Stop for the evening on the northern edge of the Valley of the Sun, in Cave Creek or Scottsdale. Watch as the sun begins to slip beyond the grasp of the mountains and color floods the sky. In the desert, the sun doesn’t just set, it swoons. It’s like watching angels in prom dresses dance on the horizon.

Think about how you traveled from pine-covered mountains, through deep-cut canyons, through a red rock wonderland, crossed lush valleys and golden plains, visited historic towns and ancient civilizations to arrive in North America’s most biologically diverse desert, all in one small sliver of Arizona. Think about how tomorrow you’ll go walking among cactuses as tall as office buildings. Think about how you need much more than one day to experience this amazing state.