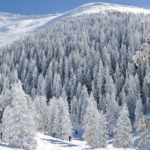 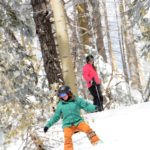 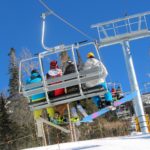 Looking for a hilly Hanukkah, gnarly New Year’s or that mother of all clichés, a white Christmas? In a word: Flagstaff.

Arizona’s North Pole (or at least, North-ish Pole) is but a two-hour drive from the Valley — unless, as happened in October, a truck wreck sends screaming pigs into the highway, or another less dramatic accident shuts down Interstate 17.

Though it almost unavoidably requires more time in the car, this time of year, many flee Phoenix to get off four wheels and plunge two feet into the snow. By the time you read this, white stuff almost surely has started falling on the San Francisco Peaks. As the city’s website boasts, “With an average of 100-plus inches of snowfall each year, Flagstaff is Arizona’s premier winter wonderland. This is the time to celebrate the holidays high-country style, or plan a weekend of snowplay on the slopes.”

While the legitimacy of the word “snowplay” is debatable, the concept is inarguable. Give a child or adult — particularly one who dwells in the Valley of the Sun — a pile of snow, and he or she is highly likely to play with it.

Indeed, television news has brainwashed us to equate snow with downhill skiing. This is more than a bit unfair to the other types of Flagstaff snowplay, such as cross-country skiing, snowmobiling, sled riding, fort making, snowball fights and that wild-eyed kid brother of skiing, snowboarding.

If Flagstaff is the North Pole of Arizona, then the Arizona Snowbowl ski resort is its Santa Claus. Before we get into how the Snowbowl brings joy to good little (and big) skiers and snowboarders, let’s talk about some of the snowy elves of Flagstaff who don’t get as much attention.

The Arizona Nordic Village (formerly known as Flagstaff Nordic Center) is a hub for cross-country skiing and the even more challenging snowshoeing. If 25 miles of groomed trails from beginner to expert levels aren’t enough for you, perhaps you’re an Alaskan. At the Nordic Village, you can also stay in a yurt, cabin or (brr) good ol’ tent.

Cabins are also available at Mormon Lake Lodge, roughly 30 miles southeast of downtown Flagstaff. In addition to cross-country trails, the lodge caters to the adrenaline-surge crowd, with snowmobile rentals and guided tours of the Coconino National Forest.

On the other side of Flagstaff, just past the Snowbowl, is the newer Wing Mountain Snow Play Area, the first organized snow play area (two words this time) in Northern Arizona.

In addition to the aforementioned cross-country skiing and snowshoeing, the Snow Play Area encourages sledding, snowball fights, snowman making and generic “playing in the snow.”

From the baby of organized snowplay (back to one word), we skate, slide and/or sled to the granddaddy, the Arizona Snowbowl. Did you know it was founded in 1938, and is one of the country’s oldest continually operating ski areas?

Do you care? Probably not. More likely, you just want to get 11,500 feet — two whole miles — above sea/desert level, near the cloud-kissing top of Agassiz Peak. The Snowbowl is 14 miles north of Flagstaff, with 777 skiable acres.

If Mother Nature is taking the day off from snow showers, the Snowbowl has its own state-of-the-art snowmaking system. This time of year, the snowmakers are more often on idle, as the Snowbowl gets an average of 260 inches of snow annually. Though sometimes it feels as though the whole 21-plus feet are coming down at once, the biggest snowstorms deliver a mere two to four feet of cold white powder.

The folks at the Snowbowl are excited about a $20 million upgrade over the last two seasons in general, and a new high-speed lift in particular. The Grand Canyon Express hoists six skiers 1,500 feet in just six stomach-dropping minutes. It speaks to the popularity of the Snowbowl that, in addition to this new six-pack, a four-person lift opened just last year, adding to a fleet of two triple lifts and two doubles, plus two surface conveyors (“moving carpets” for ski school). On clear days, those chairlifts offer nice bidirectional “ahh” views of the red rocks of Sedona and the rim of the Grand Canyon.
Industries are always looking to expand, and they love nothing better than a trend that has legs. A recent boon to ski resorts has been the rise of snowboarding, bringing even more youthful thrill-seekers to the mountains.

While snowboarding peaked (so to speak) in the early 2000s, with numbers falling more than 25 percent from 2003 to 2013, it has passed the fad phase with millions still snowboarding. Downhill skiing also had a drop, down 10 percent from 2003-13, according to the National Sporting Goods Association.

According to statistics from SnowSports Industries America, in the 2009-10 season, there were 11 million downhill skiers and 7.4 million snowboarders. Last year, downhill dipped to 9.4 million athletes, with just under 7.7 million boarders.
Despite the dip, every year, hundreds of newcomers head for the slopes of the Arizona Snowbowl, which offers beginner lessons in both downhill and snowboarding. It also has 50 acres of beginner trails for easy skiing.

Or easy-ish, as some (like me) would say. Full disclosure: I grew up in Western Pennsylvania, skied downhill there and in the John Denver mountains of West Virginia. As a young man, I skied Grindelwald in the jaw-dropping Swiss Alps. I skied almost-as-beautiful Tahoe. I have skied high and low, downhill and cross-country.

I hate it all. My motto: Why ruin a perfectly beautiful landscape by falling in it?

But this won’t stop me from visiting Flagstaff. As long as I don’t have to shovel it, I love snow … tromping around in it, making snowballs of it and perhaps best of all, sitting inside with an Irish coffee while looking out at it. Ski lodges are some of my favorite places on Earth. Rather than going up the hill and skiing/falling down it, I prefer to cut out the (soon-to-be-injured) middleman, and go straight to the lodge.

“Everyone’s welcome to come up, we have lodges available,” says Ksenia Hartl, who works for the Snowbowl’s marketing department. “You can come up and enjoy the views.”

There’s no admission charge if you’re not skiing. Even if you don’t drink, you can heighten your spirits at Arizona Snowbowl’s Agassiz Lodge Restaurant and 9500’ Bar, so named for being 9,500 feet above sea level.

Even timid folks like me who lack the moral courage to see what their health care does and doesn’t cover will be heading to the hills, to Flagstaff, to snow, to play.