The Buffalo Chip is Back 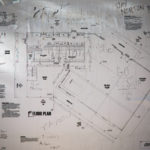 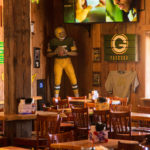 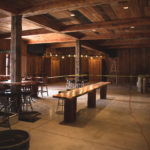 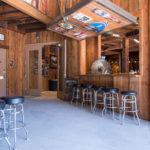 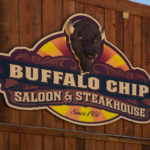 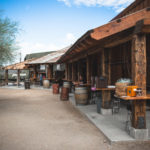 A few games into the football season, after the Green Bay Packers and their star quarterback got off to a sluggish start, many know-it-alls were sneering to each other: “Aaron Rodgers is done. He’ll never be back to what he used to be.”

Months earlier, after a Cave Creek landmark burned down, not just a few cynics made their snap decisions: “The ol’ Buffalo Chip is done. It will never be what it used to be.”

Before the fire, the bar had been quenching Creekers’ thirsts since it opened as the Maverick in 1951. Years later, former Packers legend Max McGee caught the place, and it became a Green Bay mecca.

A few weeks ago, fans who gathered here roared as Rodgers tossed four touchdown passes. With much work still to be done before the mid-October grand opening, dozens were chanting, “Go Pack go,” washing down those delicious cheese curds with beer and raving about the Buffalo Chip’s resurrection.
What do people like Greg Smith — here with his wife on a visit from Wisconsin — think about folks who wrote off Rodgers?

“Not much,” Smith says, with a scowl and characteristic Midwestern understatement.

Many, however, did agree with the sentiment that the Chip won’t be what it was.

Yes, the ol’ Chip probably did need a little makeover — just not quite this way. Arson is suspected in the blaze that sent smoke over Cave Creek on Thanksgiving 2015. The 5,000-foot saloon burned down, leaving more than 100 employees out of work for the holidays and beyond.

Some might have said, “Time to throw in the towel.”

Larry Wendt, who bought the Chip in 1999, was ready to give up, and who could blame him? On Thanksgiving morning, he drove up to the saloon at 6 a.m., primed to serve up a huge day: a Packers game, plus 400 reservations for dinner. Wendt opened the door and was greeted by choking smoke. He called 911. The fire department showed up, put out the visible flames, set up some fans and told him they had good news and bad news. Good news, the damage didn’t look too bad. Bad news, arson was suspected, and he wouldn’t be able to open until an investigation was done.

The firefighters left, investigators showed up — and, suddenly, the place erupted like a bonfire. The fire reignited in the attic, and before firefighters could return, the half-century-old wooden structure was completely engulfed in flames.

Somewhat miraculously, Chip — the life-size fiberglass buffalo perched on the roof — made it out of the fire with minor injuries. No such luck on signed photos from the Max McGee days, scores of other mementos and a million memories that fed the insatiable fire.

Ten months later, the day after the Chip and Rodgers jointly announced their returns, Wendt was going over blueprints, changes and final touches with project managers, as workers pounded nails, power sawed wood and dug holes near the door for a few newly-donated statues. He took a break to talk to a journalist, who of course wanted Wendt to relive the big fire.

“My first thought,” says Wendt, a former lawman, “was I’m just going to walk away. This is my retirement. After 18 years, when you have your place burned down, you feel someone doesn’t want you here.”

That view quickly got spun around. Wendt was told there was a suspect who lived out of state, a fact that was important to the saloon owner, since it wasn’t a local.

Indeed, Wendt found out he and his place were treasured by Arizonans.

“There was such an immediate outpouring from customers, the community, the town government,” Wendt says, shaking his head in appreciative amazement.

Support came from as close as Cave Creek, where $50,000 was raised for the Chip staff, and as far as Wisconsin, where Gov. Scott Walker called on the day of the fire to tell Wendt to hang in there.

And then came a call from (insert John Facenda voice) the Green Bay Packers.

Having heard about the fire and the loss of memorabilia, the Pack was not about to leave its Arizona audience hanging. The team donated photos and other “insider” items. Others donated assorted artwork, from non-football bronze statues of pioneer women (long a Prescott mainstay) to an eerily detailed sculpture of Bart Starr, who tossed touchdowns to McGee while leading the Packers to titles in the 1960s.

The message was clear: “We’re behind you, and you’ve got to rebuild!”

So when the smoke cleared (literally), Wendt collected his thoughts and, like the tough old cowboy he is, climbed back in the saddle. It was a rough ride, with months of planning and permitting. He got the green light for groundbreaking just about four months ago, and is amazed he’ll be able to reopen for the big fall/winter season.

“I want to thank the community from the bottom of my heart and my family’s heart for the support,” he says.

Wendt partially opened the Chip in January, mainly for bull riding. The big riding ring out back wasn’t damaged, though the saloon was toast. Now the doors are open, seven days and nights a week.

Wendt is proud of the Old West look of the saloon, with walls, tables and the long bar top fashioned out of Douglas fir and telegraph poles from a Northern California mill that closed.

The rebuild captures the spirit of this crazy old one-stop saloon that is much more than just a football bar. The Buffalo Chip brought bull riding back to Cave Creek and had live bands playing every night, with dancing and “Church at the Chip” on Sundays.

The big fire burned a hole in the middle of Cave Creek, with all those varied communities wondering if the saloon could ever fully return. The burning down of their Cave Creek home-away-from-Wisconsin put a dagger in the hearts of Green Bay fans — even though the Packers made the playoffs last year, they had a quick exit (thanks, Larry Fitzgerald), and many considered it an off year.

Now, with Rodgers in top gear, the Pack is back.

And, as 20-somethings clink beer bottles and high five with elders, the Chip is hip. It’s a no-brainer for Ali Coshun, wearing shorts, cowboy boots and an Aaron Rodgers jersey.