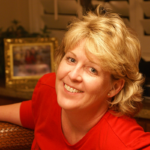 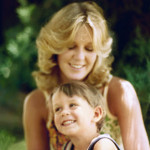 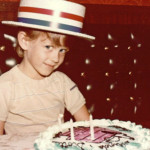 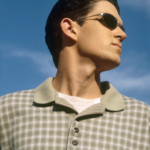 All parents worry about their children. Some worries, put in perspective, seem trivial. Like, do they brush their teeth enough? Other worries fall on the more serious side. Will they marry the right person? Serious or not, worries can keep a parent up at night.

However, one worry – or rather fear – a parent purposely locks away. Refusing to acknowledge the possibility of it.
But, acknowledged or not, it’s there.

Colleen Walski will always remember the day she had to confront that fear. It was April 7, 2007, the day her son, Scott, tragically passed away at the age of 27.

“I felt like I had literally been emptied from the inside out,” recalls Walski. “He was my only child. When that happened, I felt like my life in this world literally stopped. I didn’t trust anything that I thought I knew; everything suddenly changed.”
With good intentions, many tried to comfort her and offer suggestions on how to heal. However, grief follows no single path. Walski needed to step away from those around her and find her own truth, her own answers.

And where she found those answers surprised even her.
“I started volunteering at an elementary school in Power Ranch, and it wasn’t what I expected,” says Walski. “Kids ended up being what helped me. They didn’t judge me. They didn’t try to fix me. They just accepted me.”

What helped Walski personally also helped identify a social gap and the mission for her organization. After Scott’s passing, people gave donations in his name. Because of those generous gifts and Scott’s devotion to children, Walski formed the Scott Foundation, which became an official entity on April 12 – the day of Scott’s funeral service.

As she continued to volunteer at the school, in the spirit of selfless service, she was asked by the principal to create a service learning program to fill a need for children. It was through that experience that she began to clearly see the gap of emotional well-being that was missing.

With society not always viewing the expression of feelings as something positive, students were continuously forced to avoid their feelings. Walski, who realized after the passing of her son the importance of honoring one’s feelings, wanted to create opportunities where these children could speak of how they felt in a positive and productive way.

As her service learning program continued, it grew in unexpected numbers. During the first year, the program included 25 students. By the end of the third year, 3,000 students were on the waiting list to enter the program.

Even with such success, funding was hard to come by because emotions and values create the core of the program – something the community didn’t necessarily see the value and want to support. With so many students on the waiting list and not enough volunteer help, Walski realized the need to focus on the children who most understood and who were impacted by the need for social change.

Those kids came from a similar place of being emptied from the inside out.

Walski explains, “Over the years, I found myself drawn and more committed to the kids who were struggling because of horrific issues and tragedies that had occurred in their lives. They stood out to me more than any other. That’s how Scott Foundation’s mission evolved to partner more closely with the Arizona Department of Child Safety and Group Homes. We focus specifically on kids in the foster care system. Our wish all along was to disrupt the social norm to spark the potential greatness of foster kids and their community, and to empower them.”

And for the last four years, the Scott Foundation has provided empowering experiences and activities to help those kids set a new course for their lives.

But 2017 brings a new chapter to the Scott Foundation. With April marking the 10th anniversary of Scott’s passing, something significant needed to happen.

“We said this year we are going to invest in the future of these kids to safely transition them out of the system. We are fine tuning our process and focusing specifically on the kids’ needs over the next four years.”

They hope to address gaps in the system by partnering with group homes, including Divine Sisters, Achieve Youth Services, Beia’s Place, Destiny House, Legacy Youth Home, A Blessed Nest and the New Foundation.

Thanks to one remarkable part of their program, 36 foster children, aged 14 to 17, will have the opportunity to participate in the foundation’s Young Adult Masterclass.

“Our purpose for this program is all about disrupting the social norm to spark the potential greatness of foster kids,” says Walski. “They will learn to explore what kind of person they want to be — what’s the future roadmap look like to become that person, and how they would make the world better than they found it.”

Each year of the program focuses on a specific element of that purpose. In the first year, the children discover emotional healing and inner wealth through service, listening to their feelings and creating a plan for their life. The next year, their dream year, provides each child with 12 different careers (one career per month) to explore through work/learn opportunities. During the third year, these kids will participate in a service project of their choice. In a prideful move the final year, they will renovate a property they will call home once they leave the foster care system.

Such an important and extensive program cannot happen without support from the community. The Scott Foundation’s 10-for-10 Challenge encourages community members to give a donation and become a champion for one of these 36 children.

These kids feel like they have been abandoned. While certain things in life cannot be changed – as Walski and many others know so well – some things can.

And that’s making sure these kids no longer feel alone.