On The Reel with Jane Alexander 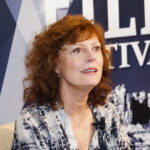 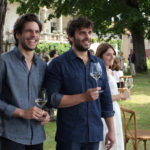 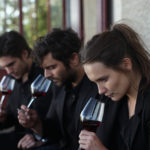 As a Tony Award, Emmy Award and Academy Award winner and Oscar nominee, Jane Alexander is well-recognized for her artistic achievements. Next month, her career will come full circle because the actress, who once helped the independent film movement find its legs, will receive a Lifetime Achievement Award at the Sedona International Film Festival.

“We really loved her, not only for her work but for her contribution to the film industry and film festivals in their early starts,” Sedona International Film Festival creative and development director Pat Schweiss says. “She’s committed to the art. She’s a stage actress as well, and her career has just been phenomenal.”

In the mid-’80s Jane stared in an independent film called “Square Dance.” The $4 million low-budget film starred Winona Rider, who was 14 at the time; a teen-aged Rob Lowe; and Jason Robart, who played Jane’s husband. Not only was the film the start of several larger-than-life careers, its debut, which kicked off the first Sundance Film Festival, would affect all independent films to follow.

“It was the first time I went to a film festival. It was way back in … don’t even ask me when,” Jane jokes.

Jane’s current project is an independent film called “A Man in the Woods.”

“It’s by a really fine young director named Noah Bushel,” she explains. “He’s made several films and they’re really fine pieces. They don’t get widespread distribution, but what they do get are accolades and audience participation at film festivals, which means that a film can get picked up by Amazon or Netflix or a service, and get streamed.

“The movie won’t necessarily make a ton of money, but it will have a life, and that’s why film festivals are so vital today.”

Jane recalls a time when independent films were not a thing. “Square Dance,” for example, was entirely financed by Mike Nesmith of The Monkeys, “… and that’s how things were. It was hit or miss,” she adds.

“Film festivals are vital for the audience to get to see things that they probably wouldn’t see, and I think it’s exciting. It’s exciting for Sedona to be able to come out and see these things, and for the filmmakers to come and talk about their films.”

It’s all part of a new era. “The industry is booming. This is the golden age,” she says. “It’s mainly television these days, but it’s booming and that’s where all the small films have migrated. The film festival is the starting point, so it’s really exciting.”

Two of Jane’s three sons, Anthony Sherin and Jace Alexander, are filmmakers. At the time of the interview, they were still waiting to hear if Anthony’s film submission would be accepted into the Sedona festival.

“That will be fun if he joins me,” she hopes. “It’s been decades since I’ve been there. I’m a birder, so going to Arizona is like going to heaven.”

Intentionally held during Sedona’s down season, the festival attracts a niche of people like Jane, who might otherwise not visit this time of year. According to a recent report prepared by Northern Arizona University W.A. Franke College of Business, the Sedona International Film Festival contributed nearly $4 million to the local economy in 2017. Of the estimated 10,000 patrons attending the 10-day festival, more than 41 percent were from outside Sedona. Nine out of 10 Sedona residents said the festival was either a somewhat important reason or the most important reason for being in Sedona.

The festival’s impact goes above and beyond dollars and cents, notes Pat. When he joined the non-profit organization in July 2004, it was a three-day event. Since then, it has evolved to nine days and the Mary D. Fisher Theatre has been added. This 112-seat venue brings in films and fine arts simulcast events from all over the world for the festival and throughout the year.

“It really expanded everything because we’re not just an annual event any longer,” Pat says. “We now contribute to the local economy on a regular basis and offer cultural things that weren’t necessarily exposed here in Sedona.”

The festival is a stellar tourism incentive, elevating the worthy plight of the independent film. Each year, several mainstream movies are also selected make it to the screen. This year, those movies will include “Django,” “Back to Burgundy,” and naturally, Jane’s “Kramer vs. Kramer,” “Great White Hope,” and “Testament.”

Priority Pass holders may select the films they want to view beginning at 9 a.m. Feb. 5. Ten- and 20-ticket pass holders can select films beginning 9 a.m. Feb. 12. Individual film tickets go on sale to the general public Feb. 19. Packages, other than for full-time students, are available through the website or the festival box office at 928-282-1177.