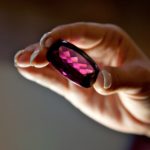 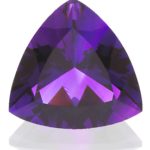 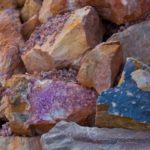 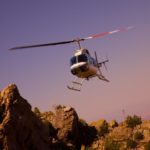 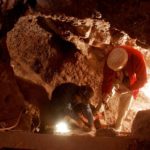 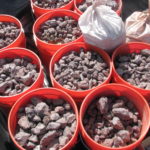 It’s difficult to imagine two more disparate climes on Earth than Russia’s chilly Ural Mountains and the craggy Four Peaks of the Mazatzal Mountains here in Arizona, but encased within both their depths are the finest quality amethysts on the planet — deep purple in color with flashes of bright magenta. But there’s another important difference: Arizona Four Peaks amethyst is still being commercially mined, while Siberian amethyst from Russia is not. And the only place to get the very best quality of these gems is right here in Fountain Hills, where Sami Fine Jewelry maintains first pick of anything that comes from the elusive Four Peaks Amethyst Mine, designing custom pieces that draw collectors from around the world.

“Since the early ‘90s, we have built a following for the Arizona amethyst,” says Stephenie Bjorkman, owner of Sami Fine Jewelry, founded by her mother, Sami Jack, in 1986. “The jewelry industry is one that is based on trust and relationships. We have an awesome relationship from the mine owner and have been picking the biggest and best stones for many years.”

The mine itself is extremely remote, located in the Superstition Mountains at an elevation of approximately 6,500 feet above sea level between the third and fourth peak of the Mazatzals. The 22-acre private property is entirely surrounded by the Four Peaks Wilderness area of the Tonto National Forest, accessible only by helicopter or a grueling four-hour hike.

The mine’s modern history began in the late 1800s, and it was deeded as private property in 1900. The location was so prohibitive that commercial mining wasn’t pursued until 1998. It passed through several owners, enduring disputes with forestry officials, rockslides and intrusions by would-be trespassing gem thieves. New Jersey biologist Kurt Cavano purchased the mine in 1997 with his London-based partner, Jim MacLachtan. The two work to manage the mine in an environmentally-conscious manner, including implementing revegetation efforts with Tonto National officials.

Just two or three miners work year-round for a few weeks at a time, hiking into the camp, which has no electricity or running water. Every piece of elongated, pencil-shaped amethyst is delicately chipped out of the mine by hand. Using dynamite blasting in the mines isn’t an option, as it will shatter the crystals.

“The inside of the mine is like walking into a giant geode,” says Bjorkman.

Bjorkman assembles exclusive helicopter tours for groups of five guests two or three times per year. The tours, booked months in advance, include a meeting with the miners and Cavano, and a tour of the mine, where the visitors can actually mine their own amethyst. After returning to the store, the stones are cleaned and prepared for cutting, and guests choose their settings from Sami’s wide selection. The enthusiasm for the tour, Bjorkman says, is testament to the way people connect deeply with this gem and her business. Aside from the tours, her annual Meet the Miners events are exceedingly popular, with visitors driving hours to be there.

“My mom fell in love with the amethyst, and I’ve always been around it,” Bjorkman says. “Now, I get to see how Four Peaks Amethyst is part of the way so many people connect with the mountains, the earth and the environment. We have people from all over the United States who call for it. It’s very personal. People born in February love it, and we have people put it in wedding rings. Arizona is a special place, and it’s a way for people to acknowledge their connection to it.”

Amethyst is a variety of quartz formed in cavities where lava was close to the earth’s surface and gas bubbles formed as the lava cooled. The cavities filled up with liquids that contain a small amount of iron and manganese, lending the desired reddish hue. The deeper the color and the higher the clarity, the more valuable the stone. That deep color is an exclusive characteristic of Four Peaks Amethyst.

“Arizona amethyst is considered world class in color, rivaling the most beautiful amethysts in the world,” says Bjorkman. “Most people think of amethyst as a light, violet purple, but Arizona amethyst is dark and deep, with reds and magenta that sets it apart. We like to say, ‘The darker the better,’ but each person has a certain shade they like, and Arizona amethyst can hit all those points. The color is dependent upon where in the mine it comes from.”

Every year, one ton of amethyst is transported out of the mine via helicopter. It’s likely that this is the only mine in the world that must utilize such an arduous process. The bounty is cleaned and evaluated to see what is cuttable — usually just over 200 pounds — and is then shipped overseas to be cut in Southeast Asia, an area with centuries of expertise in cutting amethyst. From all this, only about 100 carats remain after cutting, but the largest and most perfect examples end up at Sami’s. One of Bjorkman’s largest collector’s pieces is a 34-carat gem.

Both the mine and the gem have a storied and fascinating history, full of legend, twists and turns. Tour participants get to hear a special dose of storytelling from Sami Fine Jewelry’s mine specialist (and watchmaker), Doug Hill, who has been leading trips to the mine for 15 years — long before helicopters were an option. Talking to Doug is an educational treat, as he weaves together facts and anecdotes.

It is surmised that the Four Peaks lode was originally discovered by Native Americans, followed by Spanish explorers in the 18th century, as Arizona Four Peaks amethysts found their way into the crown jewels of European monarchs in Spain, Great Britain, Portugal, France and Germany. The value humankind has placed on amethyst reaches much further back, however, as ancient civilizations believed this semi-precious stone had the power to protect the wearer against seduction, bring good fortune in war and hunting, cast out evil spirits and cleanse and stimulate the mind.

“Amethyst is the very first gem used by mankind — not diamonds,” says Hill. “Cleopatra loved amethyst, as did Katherine the Great. Amethyst has a nice story to it and many people like that royal purple, prized by kings and queens through the ages.”

The Greeks believed that drinking wine from a cup carved from amethyst would protect one from drunkenness, hence the name amethyst is a combination of the Greek words for “not” and “to intoxicate.” Amethyst also came to symbolize piety. It is mentioned in the Bible as part of the official robes of Jewish high priests and found favor with the clergy, specifically in the Catholic Church. It is found in many medieval churches and is included in a 15th century papal ring.

Amethyst has been sought out for centuries, and Sami Fine Jewelry’s success is evidence that the attraction continues today, as the business has been built around the gem. Bjorkman creates custom-designed pieces at multiple price points, both in gold and silver, and utilizes top-grade amethyst along with B-grade, which is more affordable. Amethyst isn’t the only stone they carry, though. Sami Fine Jewelry is known for their American gem collection, which also includes other Arizona gems, such as peridot and anthill garnet — the latter is literally mined by ants!

“We specialize and specifically source American gems,” says Bjorkman. “We have Oregon sunstone, Montana sapphire, California tourmaline. We specifically seek out these stones from the United States. The amethyst just happens to be our most popular. Less than 1 percent of all stones sold in the world are mined in the United States. We are proud to carry them.

“Sami is a combination of pride and passion. We’re proud of our jewelry and passionate about Arizona amethyst. We live and breathe purple.”