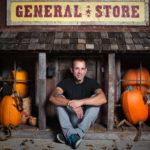 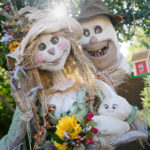 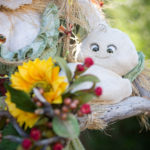 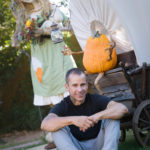 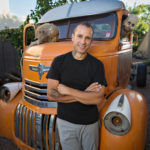 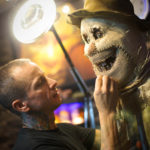 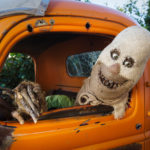 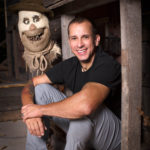 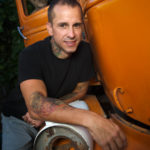 In a certain “Peanuts” cartoon that runs this time of year, a boy named Linus explains what the last night of October is really about: “This is the time of the year to write to the Great Pumpkin. On Halloween night, the Great Pumpkin rises out of his pumpkin patch and flies through the air with his bag of toys for all the children.”

Poor Linus shivers away in the pumpkin patch, waiting for his hero who never arrives. Forget about that disappointing, Godot-esque Great Pumpkin, Linus — we’ve got the “Pumpkin King.”

OK, so Ray Villafane doesn’t fly through the air handing out toys. But you should see him magically turn pumpkins into art. This guy delivers, every Halloween. And he’ll be back for the Town of Carefree’s Enchanted Pumpkin Garden, held October 17-31.

This year, the Pumpkin King has a few new tricks up his sleeve. Namely, scarecrows.

“I love doing things that haven’t been done before,” says Villafane. “I like pushing the limits. I like to change things up and add another dimension. I like to find novel and new approaches to whatever I’m doing, so if I’m doing pumpkins, I try every year or two to play with a different concept. This year, it’s scarecrows. I’ve got a scarecrow cowboy on a scarecrow horse.”

He is planning to turn Carefree into “Scarefree.”

While the scarecrows sound — and look, if you take a peek at the Villafane Studios website or Facebook page — whimsically delightful, the orange art pieces are what have the Pumpkin King flying from Arizona to New York, Germany, Minnesota and back this month.

If you’re saying “carved pumpkins, yawn,” then you surely haven’t seen what Villafane does to the big round squash. His artistry is a cross between Tim Burton and mid-century Walt Disney. With his distortion of reality, perhaps we should dub him Pumpcasso.

As eclectix.com puts it, “Ray’s mad carving skills have been wowing us for years, and today is the perfect time to have a (another) look at his masterful pumpkin creations. His detailed textures are over the top — carving sagging wrinkles, protruding grossities, rotten teeth and even tiny little pores in the skin of his victims.”

While he is excited about unveiling the scarecrows (“something I’ve had on the to-do list for a few years,” he says), Villafane pretty much lives in a squishy, orange world.

“I don’t see a day where I don’t do pumpkins,” says the artist, who now manages a stable of sculptors. “I see days where I personally will do less. Over the years, as we’ve grown, I’ve got other sculptors if I ever get burned out. I enjoy carving pumpkins each year. I don’t think I’ll ever stop — there’s too many things to play with.”

Villafane, who is 47 years old, started carving pumpkins as an art teacher on Long Island.

“They were very rudimentary back then,” he says. “As I continued to sculpt, they improved because I was sculpting so much.” He left teaching to pursue commercial sculpting, living in New York, Ohio and Michigan before saying goodbye to winters and moving to Arizona four years ago. He and his wife, Tammi, have a combined “Brady Bunch” family of six kids, ages 10-25.

He’s a bit sheepish about his reputation, this reluctant Pumpkin King.

“It’s almost embarrassing,” he says with a laugh. “I don’t know much about haunted movies or Halloween things. I just like what I’m doing. I almost feel guilty doing such fun stuff. A lot of people geek about the subject matter. I’m geeking about it in the here and now, as opposed to growing up with a foundation.”

These days, his biggest October fright is the smell of rotting pumpkins. The secret to extending their lives: pickling pumpkins in vinegar.

While Villafane is surrounded by pumpkins at his home and studio in Surprise, he is hoping to move to the other side of town. He says he feels at home north of Phoenix, so if he splits his time between Carefree and Surprise, the names of those two towns will pretty much describe his life’s work.

Indeed, he plans to keep startling audiences with his euphoric creations: “My vision for what we’re doing I think goes far beyond what we’re currently doing.”

For you, a pumpkin is probably just a big orange thing you put on the porch for a few weeks.

For Ray Villafane, a pumpkin is a canvas.

“Pumpkin material is really fun,” he says. “There’s a flesh-like material to carving it; you can mimic a nice meatiness to it to get that fleshy look.

“When you put a face on a pumpkin, it has a light-hearted feel to it. It’s very magical.”

So, if you want to see some real Great Pumpkins, Linus van Pelt, head to Carefree.