Paint the Earth in Reds 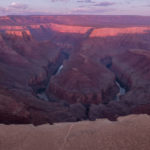 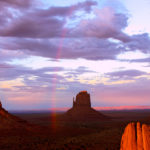 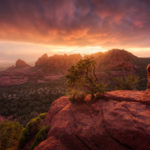 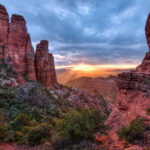 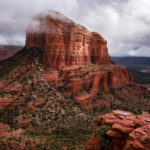 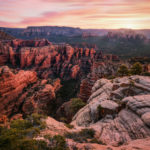 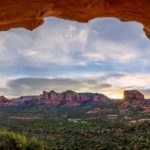 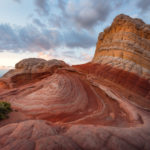 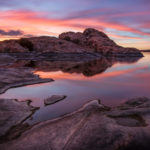 In ancient times, Wind blew across the land, carrying with it the colors of the earth and heavens. He splashed cerulean blues across the seas and skies, and colored the trees with myrtle green and celadon.

As Wind blew west over plains and mountains, he painted the soil in umbers and siennas, and the snowcapped mountains in radiant whites.

Wind battled mountain passes, swirling and whirling, all the while casting rich and varied hues of browns and greens upon thrusting granite peaks and thick carpets of forests.

While he worked, an arid new breeze emerged from the southwest. On Breeze floated some of the most brilliant colors of them all, inspired by the blaze-red sun itself.

Warm and full of youth, Breeze meandered swiftly through canyons and gorges, painting Desert’s sandstone in carmine and kaolin. She rose to meet jutting mesas and buttes as they punched through cloudless skies, splashing them with the colors of hot orange sunsets and the fiery flickers of flames.

At last, when the job was done, Breeze looked at the moon and said, “I have no more to give.” She closed her weary eyes and fell fast asleep.

And with that, Moon rose colorless, greeting Sun as he drew nigh, and cast a glow on all that had been created.

Desert, Sun, Wind and Breeze rested, and when they awoke again, every creature far and near wondered at the beauty.

Michael Wilson is a Prescott native who remains rooted in the Arizona landscape.

“I’m such a sucker for a beautiful landscape,” he said. “What really excites me is making a memorable image of a scene few if any others have seen before.

What Makes the Red Rocks Red?

Throughout documented history and likely before, the red rock formations of Sedona and much of northern Arizona have been the subject of wonderment and lore. Beginning in the early 1920s—long before color film—they began showing up in Hollywood movies. Imagine the surprise of tourists when they realized that, not only were the landscape formations as stunning as on film, but the colors were more vivid than they could have imagined!

The presence of hematite is what causes the deep red color of Sedona’s sandstone and soil. Hematite is also called iron oxide, and is otherwise known as rust. It’s ironic that something so sublime can actually be caused by the same process that turns other objects to ruin.

How did you get started in photography?

“I got started in photography about nine years ago, when digital cameras made photography so easily accessible. I’ve been helped along the way by thousands of people if you include all the photographers who inspire me every day with their beautiful images. Also, resources available to everyone online help me get the most I can out of every image.

“With so many photographs uploaded to the internet every day, you should find what genre of photography really excites you, and just immerse yourself in that part of the photographic world.”