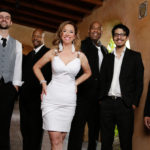 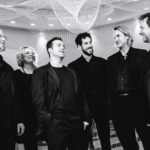 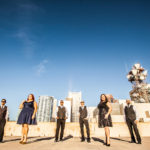 For the past 16 years, Anthem residents have marked their calendars and readied their lawn chairs for Music in May. Each Friday night during the month of May brings a new headlining band, tasty treats and a neighborly good time to the Anthem Community Park Amphitheater.

Now in its 17th season, Music and May has become a tradition among residents old and new—and for good reason: It’s free, it’s fun, and there’s nothing that brings families and friends together like food and live entertainment.

Few could have guessed what a success Music in May would become back in its early days. The Anthem community itself was in its infancy, and Music in May was one of the early events that brought the community together. As the bands played on, neighbors got to know each other, parents danced with little children in front of the stage, and teenagers hung out doing the things that teenagers do.

Today, those once-little ones are high school and college graduates, and former teens are homeowners themselves. New generations of families have joined the community, and though the faces have changed through the years, Music in May still brings everyone together.

“Music in May rises to the top as an Anthem favorite,” says Anthem Community Council special events director Michele DeMichele. “It’s just hard to beat being outdoors with friends and family, live music and dancing, picnics and food trucks all in one place! With the bands we have lined up this year, anyone who attends is sure to have a good time.”

Four fabulous performances take the stage Friday nights from 7 to 9 p.m. Bring blankets, lawn chairs, picnics and flashlights. Food trucks will be on site for the opening performance for the sixth year in a row; an ice cream truck will be available the remaining weeks.

This opening night band was voted Best Band in Arizona in 2007 and every year onward since 2010. Their talent is broad, and their impressive musicality allows them to perform anything from dance hits to dinner music. In Anthem, their performance will be high-energy, with lots of songs everyone can tap their toes and sing along to. One night with the band and you’ll see—and hear—why The Hamptons are a Valley favorite!

Shining Star brightens up the night with a variety of bouncy tunes, from R&B to dance hits. The band is fantastic, and so is lead singer Jodi Light. Light began her entertainment career at the age of 5, when she landed an appearance on the Mike Douglas Show. She had her own Emmy-winning television show at the age of 8, and her performances have wowed national and international audiences live and on television—including at the White House.

Light’s voice may sound familiar; she is the voice behind jingles on 3TV, Phoenix 11, Fry’s and more, and she has been the voice behind rousing versions of the National Anthem at Phoenix Suns and Rattlers games.

The Real Thing is fast earning its reputation as one of the best emerging bands in Arizona. Fronted by powerhouse vocalist sisters Melisza and Jessica Gransbergen and backed by a versatile and talented band, The Real Thing brings its own charisma and style to its performances and plays everything from pop to Motown. Audiences love them, and you will too!

Put your dancing shoes on (or your tennis shoes, because hey, we’re not picky), and grab your favorite people to join the fun each Friday night for Music in May. It’s a tradition that’s music to our ears—Anthem style!

Friday Nights in May