Museum-Quality Collection of Art in North Scottsdale Home to be Auctioned on Saturday, Feb. 25 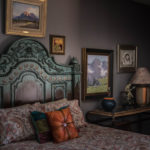 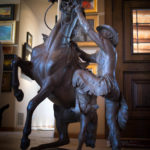 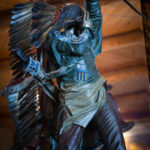 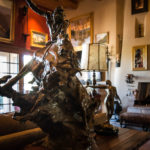 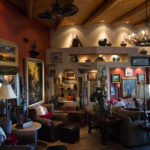 A museum-quality collection of fine art will be auctioned on Saturday, February 25 at Scottsdale-based J. Levine Auction & Appraisal. The auction features hundreds of original paintings and sculptures along with the home’s furniture, décor and other household items.

“This is a remarkable collection of art, not only because there are several hundred pieces, but because the collector spent more than 30 years buying from well-known living artists, many of whom he considers to be good friends,” said Josh Levine, auctioneer and owner of J. Levine Auction & Appraisal.

The collector, who wishes to remain anonymous, remembers growing up wanting to be an artist. Instead, he became an entrepreneur, opening up his financial planning business in 1982. He bought his first painting, “The Captain’s House,” in the early 1980s from artist Paul Strisik’s gallery in Rockport, Massachusetts.

“From there he was addicted to collecting,” Levine said. “He would reward himself for his hard work with a piece of art, and he also found that being surrounded by art had a calming effect on him.”

Three decades later, the collector and his wife have two homes full of traditional oil paintings and figurative sculptures. Their museum-quality collection caught the attention of American Art Collector, which profiled the art in their New Hampshire home in 2011.

Levine said the art collection in the Scottsdale home is extensive.

“Literally all of the wall space is taken up in this four-bedroom home,” Levine said. “While the owner is passionate about his collection, he and his wife are ready to downsize.”