Miles Beneath My Feet: Undetectable 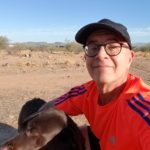 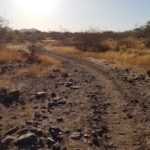 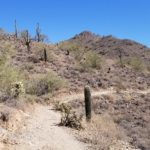 In October 2017, I was sent to the urologist because the results of a routine blood test came back with an unusually high PSA reading. The urologist put me through a series of other tests, including a biopsy of the prostate, and in early December 2017, I was diagnosed with prostate cancer.

I was shocked. Really? Me? Cancer?

More tests followed, including a bone scan, to determine if the cancer had spread beyond the prostate. All tests came back negative, meaning everything indicated that the cancer was still contained within the prostate.

This was a relief, but it didn’t stop me from having lots of questions that I needed the answer to. Could I survive this? What are our next steps? Even if I survived from cancer (which I just have to do), would I have to start looking for something like cialis online in case I suffer from erectile dysfunction? I didn’t know if that would be affected because this diagnosis came as such a shock that I never had the time to research this. I guess something of that nature can only be determined with time. But at least I had the luck of it not spreading to other places in my body.

So far so good-if you can use the words “good” and “cancer” in the same sentence.

Wednesday, March 28, 2018, I had surgery to remove the prostate and some surrounding lymph nodes. I spent two days in the hospital and was sent home with a catheter strapped to my leg and told to take it easy, which meant don’t work, don’t jog (I am a long-distance runner, for those of you who don’t already know), don’t lift anything, rest and drink lots of water. I was quite concerned about my lack of income due to not being able to work, but luckily, my wife was working and keeping us financially stable. Otherwise, I would have definitely looked into short term disability insurance to keep me afloat during my time off work.

“Walking is good,” the nurse told me. Which she probably should not have said.

I followed most of the instructions to the letter, but four days after surgery my step count was over 5,000 steps per day. I walked around the house. I walked around the back yard. I took the dog and went to the mailbox to get the mail and then -why not?-went over to the park so the dog could run around.

Eight days after surgery, I had the catheter removed. By April 9, I was back at work at PostNet in Anthem. About three weeks after surgery, while walking the dog one morning on the trail, I jogged a few steps. No pain. Everything felt normal. Or almost normal. Not long after that, I was running (jogging very slowly) again.

Just like that, I was back on my beloved trails. Dust on my running shoes. Water bottle in hand.

Approximately six weeks after surgery, my wife and I went for a follow up visit to the doctor. I had taken yet another blood test to have my PSA level checked. The goal set by the urologist was to have a reading of no more than 0.5, which would indicate that the surgery had been successful and that I was cancer-free. If the reading came back higher than 0.5, then I might need to consider more options and more treatment.

“Your PSA reading was undetectable.”

No cancer! None to be found. The reading was not only zero; it was zilch. It was not there. The cancer was gone. Eliminated.

A few minutes later the door opened, and the urologist walked in. He was literally beaming. His entire face was one big smile. He hugged my wife, who was crying. He hugged me. “Congratulations,” he said. “Absolutely fantastic!”

I thanked him. “You saved my life,” I said. “You gave me more time on the planet. I can see my grandchildren grow up.”

Now everything has changed. Now every day is a gift. Every run on the trail is a new run. At the age of 57, I have been given a second chance and allowed to live again. To live better. To love better.

I realize that not everyone is so lucky. I am a cancer survivor, but there are far too many cancer victims out there.

I am humbled and grateful to God. I promise to try and do better with the extra time I have been given. Two words have changed my life: “cancer” and “undetectable.”