Miles Beneath my Feet: Humility can be a good thing. 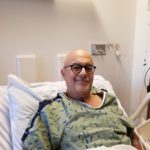 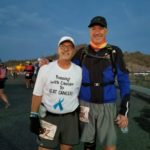 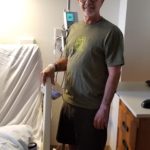 With decades of running experience behind me and inspired by my theme, “running with cancer to beat cancer,” I was confident that I could conquer the Crown King 50K trail race one more time.

My body had other ideas.

Nineteen miles after starting the race, 12 miles short of the finish, I had to drop out. I was done.

With cancer in my body, and surgery only four days away, the effort to run a difficult 31-mile trail run proved to be too much. I did not want to admit it, but if I’ve learned anything in my long running career, it has been to listen to my body. Sometimes it is necessary to stop, even though stopping is a humbling thing to do.

Ninety minutes after I’d decided to call it quits, the young couple working the aid station had everything packed up. I climbed into their Dodge Ram 4X4 truck and we headed north toward Crown King. Not even two miles later, the road went from rough to bad, and the big truck was struggling. I jumped out and ran ahead of the truck to guide the driver up, around and over the rocks. It was slow going. I’d run ahead, turn back, point directions, then run a little more.

Why, I wondered, had I dropped out? I was still running!

Soon it became obvious that the truck was not going to make it. Turning around was their only option, but something pulled me a different direction. I put on my pack, took a bottle of water, and said, “Thanks guys, but I can’t go back down. I’m going up on foot.” They wished me luck and drove away.

Memories came flooding over me as I turned up the road. Twenty-six years ago, I ran my first Crown King race. The youth in my body! The adventure and thrill of being out there! They were life-changing moments. Friends. Good weather. Bad weather. It was like running back through time.

Soon I came to my favorite stretch of the road, with the mountain on the left and the stream on the right. I stopped to take a long look because I knew it would be my last time. I wasn’t coming back. It was time to say goodbye.

When I reached the next aid station perched on the side of the mountain, the only aid left was a pile of ice. I sat down, put ice cubes in my water bottle, and looked out at the familiar view. I knew that my life had changed, and it wasn’t just the cancer. I knew that I was ready to stop. To slow down. To do some different things.

Goodbye, Crown King. It had been fun and wonderful, but it was time to move on. Time to go.

I pressed on. The road was rocky and steep, and my water supply was low. I’d gone less than a mile when a Jeep came bouncing down the road. The driver leaned his head out and a friendly smile asked, “Are you the runner I’m looking for?”

“I think I am,” I said. I climbed in and closed the door, and my time on Crown King Road ended.

Four days later, I was wheeled into an operating room at John C. Lincoln hospital for a procedure called robotic laparoscopic prostatectomy. The surgery lasted approximately three hours, during which my prostate, some lymph nodes and cancer were removed from my body.

Settled in my hospital room, with my Hoka running shoes tucked neatly into a bag (I would not be needing them for a while) I had nothing to do but lay there and think—and count my blessings. I learned that the cancer had been aggressive and had been trying to move to other parts of my body. The timing had been close, but all the reports indicate the cancer is now gone.

After hearing the good news, I realized that God had shown up on Crown King Road and blocked my way. As usual, I was being stubborn and pushing too hard into the danger zone. If I was going to beat the cancer, I had to stop running.

Humbled and grateful, I sat in my hospital bed and said, “Thank you.” Darkness fell. Dinner arrived.

“How are you feeling?” asked my wife.