Mike Aldrich: A Passion for Postage 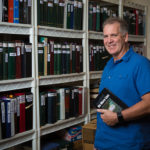 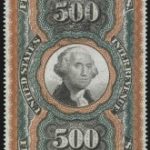 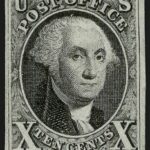 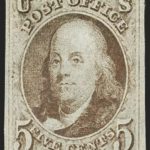 The world of philately (collection, appreciation, and research of postage and imprinted stamps) may be a foreign one to many, but for philatelist and author Mike Aldrich of Aldrich Stamps, it has been a lifelong passion and thriving business pursuit since he was just 13 years old. His expertise extends beyond stamps, however, and he is a trusted consultant for all manner of collectibles, from coins and bullion to sports cards and watches.

The St. Paul, MN native recalls how his grandmother introduced him early on to what would eventually become his career.

“I began collecting at age 11,” says Aldrich. “By 13, I was buying and selling via a national stamp newspaper. My parents had to submit the ads for me because I was too young.”

From that time forward, Aldrich aligned his life with stamps and pursued a business degree at St. Thomas College with the aim of using that knowledge to propel his career in stamps. While he had other jobs during his school years, Aldrich credits buying and selling stamps with financing his education. This is really impressive considering the likes of stamps collectors today have online resources such as this page here https://www.dailyrx.com/how-many-stamps-do-you-need/ and others to educate themselves on different types of stamps and the varying prices of each.

“As the second child in a family of 11 kids, buying and selling stamps put me though college,” says Aldrich. “Otherwise, I couldn’t have gone. Right after graduation, I started working in stamps full-time.”

Founded as an auction company in 1980, Aldrich Stamps continues to be a family endeavor. From the beginning, Jan, Aldrich’s wife of 28 years, has been his business partner and primary administrator, creating sales catalogs and handling customer relations.

“I have a few thousand clients who would agree that Jan is a world-class desktop publisher and administrator,” says Aldrich. “Publishing the auction catalogs ourselves allows us the flexibility to do things our own way, and is a huge financial advantage as well.”

Aldrich has lead live auctions for some particularly valuable items. The “Inverted Jenny” is one such stamp with a storied past and a huge following, even outside philately. As the story goes, in 1918, the US Postal Service printed a 24-cent stamp with an image of a Curtiss Jenny airmail delivery biplane, but the airplane image was upside-down. A lucky collector, William T. Robey, purchased a sheet of 100 and noticed the error. Defying the postal service’s demands for its return, these stamps went on to be legend. They’ve been bought, sold, and even stolen over the years, with a particularly high-quality block of four going for $2.7 million in 2005.

“A couple years ago, we were asked to hold one of our auctions Airpex, a national show in Mesa,” says Aldrich. “We were fortunate to offer an example of the Inverted Jenny stamp at auction for the first time in Arizona, and it went for around $132,000.”

The stories behind stamps inspired Aldrich to begin writing short stories for American Stamp Dealer and Collector magazine, and eventually a novel, “Imagine No More Lies,” in 2013. Available on Amazon, it’s a story of invention and intrigue with a distinct philatelic twist. His second novel (not stamp-related) is now in the works and will be published later this fall.

Aldrich runs six to seven stamp auctions per year from his home in Cave Creek, and as the reach of the internet has grown, so has that of Aldrich Stamps. It is now the largest dealer and auction house in Arizona. Its eBay store alone boasts more than 20,000 philatelic items.

With online access, people from around the world and rural regions who wouldn’t customarily have access can now collect rare stamps. In the United States, it’s an affordable hobby for just about anyone. In other countries, particularly in Asia as changing economic philosophies mean more disposable income, collecting is seen as a status symbol. Throughout the world, it’s a passion that brings people together from all backgrounds and walks of life. For Aldrich, it’s ultimately a business of connection.

Aldrich finds it particularly satisfying when he finds a stamp that fills a hole in a client’s collection. Some search their entire lives for one elusive, rare stamp or coin. He’s actually seen collectors brought to tears when they find that last item.

While the thrill of finding philatelic unicorns is one part of his business, he is always happy to consult with new clients, providing information and acting as a trusted source of advice.

So what should an amateur collector know about buying and selling stamps, or any collectibles, for that matter?

One of Aldrich’s primary selling tips may be surprising. He advises that for maximum results, collectors shouldn’t leave the sale of their collections to heirs.

“For the most part, collectors only sell once,” says Aldrich. “When it comes time, they need to personally pick someone to work with in the selling process. Don’t leave it up to a family member, lawyer, or trust. I counsel people to sell their collections while they’re still alive. I’ve seen too many people ripped off. Most dealers are very honest, but it happens. It’s important to set up a relationship with a trusted dealer to avoid that.”

Another tip is that “old” doesn’t always translate to high value. Generally, the market is so replete with stamps issued since 1940, when the post office began issuing stamps in large number, that most are worth face value or less. He suggests the main aim of collecting should be to have fun.

These days, Aldrich doesn’t collect for himself so as not to compete for material with his clients. Nevertheless, he’s always on the lookout for stamps that his clients are looking for. He and Jan are enjoying their lives in Arizona, fishing, hiking, golfing, playing tennis and staying involved in their church. He writes more and is able to pick and choose what he really wants to do.

“I’m one of the lucky people in the world who really enjoys their job,” says Aldrich. “The stamp collecting business has provided me with a great career and we’ve had loads of fun. Someday, I will wind down the auction side of the business, but I expect to be involved in philately my entire life. I enjoy the many friends I’ve made here in Arizona and around the world.”