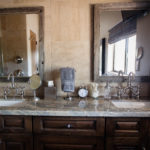 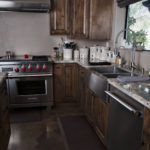 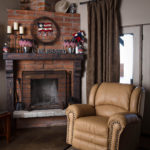 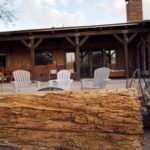 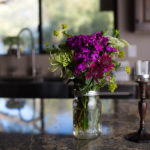 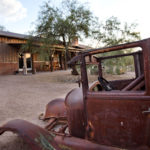 The Wedge family loves to build. It’s in their blood. A resident of Arizona for nearly 40 years, Greg Wedge Jr., the patriarch of the family, currently lives in North Scottsdale with his wife, Kathleen. Not too far away from them live their three children: twin sons, Greg III and Josh, and daughter, Sydney.

While the family loves the outdoors and spends that time mountain biking, camping or fishing, it is the indoor spaces they have created that set them apart. The need to create homes first began when the elder Greg was just a young man, and decided to follow a similar path as his father.

“I love building and working with wood,” he says. “When I graduated from high school, I started working with my dad doing basically the same stuff that I do now.”

He never stopped building. For more than 32 years, the elder Greg worked as a framer. But about five years ago, after some restructuring of the company he worked for, he was let go. Instead of going to work for someone else, Greg decided to work as an independent general contractor. He named his new business Wedgeworks Construction Comapny. His love for building and creating was also passed on to his own sons, but not in the way he imagined.

The elder Greg laughs as he recalls that moment. “I gave them the opportunity to get out there and frame. They decided to get a college education instead and when they graduated from Arizona State University, they didn’t want to be framers. But they still stayed within this industry, designing and putting things together.”

The younger Greg is more matter-of-fact about their reason for not becoming framers like their father.

“We still enjoyed the aspect of building and creating things with our hands, but not so much the summer heat,” he says.

While they might be different than their father when it comes to working in triple-digit temperatures, they are just as committed to their work. Currently, the younger Greg works as an architect in training at a local architecture firm. Josh, on the other hand, works for himself as a product designer, which is a little different than what his brother and father do.

“I design a wide range of things, from consumer products to medical equipment,” says Josh. “I’ve done anything from credit card machines at Target to video game accessories. You name it, I work on it. Furniture, custom steel work, architectural elements. Keeps me busy.”

Although they all specialize in different aspects of design, it does not stop them from working together. In fact, it does quite the opposite. Because of their close relationship with one another and the different skills they bring to the table, they are able to work more closely and more thoroughly on a collaboration.

“It really varies on the project,” Josh explains about the way they tackle a new assignment. “Depends on what we need to achieve. For example, if we come for a remodel, Greg will draw, I’ll do the steel work like the staircase railings, and then my dad will implement all the designs and put it together.”

The elder Greg adds, “We all sit down and look at it and then put it together. I give [the younger] Greg my opinion [about the design] and if he doesn’t like it, he says so. It works.”

A Cave Creek home they recently redesigned is a perfect showcase of their collaboration. According to the homeowner who grew up in the home, it was a complete tear down. While the house needed to be gutted, the Wedge men felt that the unique red adobe brick exterior had too much character to be torn down. With the help of the younger Greg’s well-thought-out blueprints, the owner acquiesced. And so the walls were the only things left standing after the elder Greg got to work.

Josh was also able to add his design expertise to the project. He created a front door made out of reclaimed barn wood. Josh’s special touch created a door within a door — a feature that allows the outside air to flow through the house.

Once the project was completed, the owners were able to see the whole vision, including the red adobe bricks. Their trust in the Wedge family paid off.

“The owners love the house,” says the elder Greg. “We went up there last Saturday. Both of the homeowners said, ‘Every day we walk into this house, we love it, we love it, we love it.’ The red adobe brick … the owner loves it; it grew on him.”
Since the elder Greg relies on word-of-mouth for his work, hearing praise from the client is priceless. Client appreciation is important to the Wedges because they do not believe in just building homes; they believe in building relationships.

The younger Greg explains that architects are notorious for having egos, so clients are not always the focus. However, for this family, they are.

“To hear the customer really appreciate the job we can give him is more important than anything,” says the elder Greg. “It isn’t my self-satisfaction. Yes, I enjoy building it, but it’s for the customer.”