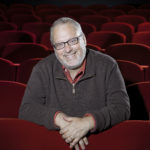 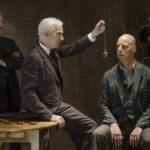 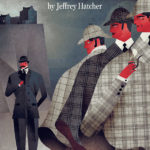 But circumstances, including some dicey financial moments, meant that hiring a new artistic director was out of the question. So Goldstein stayed on – one short stretch after another.

“The board would come to me and say, ‘Will you stay another six months?’ ‘Can you plan another season?’” he recalls.

And so he stayed another six months and planned another season, repeating at length until at last, this month, the 64-year-old director will actually step down from the job he has held now for exactly half the 50 years of ATC’s existence.

He will leave in typical Goldstein style: With a stylish world premiere.

“The thing I’m proudest of in my years with ATC is that, in the 25 years before I came, they’d done only one world premiere. Since then, we’ve done one almost every season.”

The playwrights have been many, but Goldstein cultivated a special relationship with two of them: Steven Dietz (“Inventing Van Gogh”) and Jeffrey Hatcher (“Jekyll and Hyde”). For Goldstein’s swan song as ATC artistic director, Hatcher, who has frequently explored the character of Sherlock Holmes both in plays (“Sherlock Holmes” and “The Suicide Club,” premiered by ATC) and on film (“Mr. Holmes,” starring Ian McKellen), wrote a new Holmes mystery-with-a-twist, “Holmes and Watson.”

“Having a long-term relationship with a playwright over the years is one of the richest things that can happen to a director and a theater company. It’s like a conductor having a special relationship with a composer. You feel you’re closest to the artistic start, the initial artistic impulse, when you work with the playwright,” Goldstein says.

The idea behind Holmes and Watson swaps the usual roles of the world’s first consulting detective and his amanuensis. Holmes, reported dead in the fabled confrontation with Moriarty at Reichenbach Falls, reappears three years afterward — in triplicate. Three people claiming to be Holmes confront Watson, who must himself apply keen observation and logic to determine which one is the real genius of Baker Street. The show plays ATC’s main venue, the Herberger Theatre Center, May 11 – May 28. For ticket info, go to arizonatheatre.org.

Though he is leaving the post of artistic director and all the headaches of financial juggling that go with it, Goldstein will not be leaving the Valley. He and his wife, KJZZ-FM broadcaster Michele Robins, plan to remain in their home in Phoenix’s Windsor Square neighborhood, “except for summers,” Goldstein adds eagerly, when they will reside in a recently purchased getaway on the Oregon coast.

Goldstein even wrote himself into the ATC 2017-18 season as a guest director, staging a new version of “The Diary of Anne Frank.” Look for more “guest appearances” over the coming years. He will also be guest-directing for regional theaters around the country.

One thing Goldstein says he will definitely not miss about the job is the constant commute between Phoenix and Tucson. ATC serves both cities, and the drive back and forth is draining. By the director’s estimate, his miles between the two cities in the quarter-century he’s been making the commute are “the equivalent of having driven 19 times around the world.”

What was the best thing about the job?

“Because ATC presents a variety of theater, I could go from staging a serious drama to a musical to a mystery or comedy. I never got boxed in.”

Who could possibly replace him?

“You will know by the time this story is published,” he says.

“And I am very, very happy with the choice.”