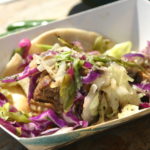 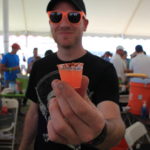 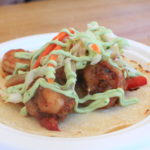 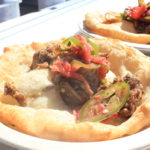 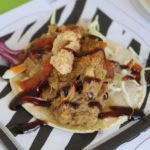 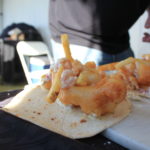 The tables are set for more than 100,000 tacos to be served this month at the seventh annual Arizona Taco Festival. Nearly 50 teams will compete for $10,000 in cash and the prestige of being named top taco in their category.

More than 30,000 attendees will come to select from the 100-plus taco varieties on the menu that weekend. Among them will be Dave Bernstein, food expert, celebrity chef, National Taco Association judge and Arizona Taco Festival judge.

“My love for tacos and comfort food is what initially attracted me to the festival, so when I found out they were having a festival dedicated to tacos, I was thrilled and couldn’t wait to be a part of it,” Dave says. “They always do an amazing job at having things there for the kids and the entire family, and I’m blessed to be a part of something so special.”

This will be the sixth time Dave will serve among the event’s 50 sequestered judges. Restaurants, caterers, amateurs, nightclubs and food spots compete on an even playing field to win. Judges like Dave determine winners in double-blind tests, in a closed tent with anonymous scoring. Points are awarded and weighted for presentation, taste and texture. Cumulatively, scores lead to an overall grand champion as well as $1,000 prize checks presented both days. The judges score on a scale of one to seven, with seven being the highest.

“There are prizes and accolades involved here, so we take it very seriously,” he adds, noting the variety of tacos that have been entered in the past. “I’ve tasted it all … from adobo pulled pork tacos to tongue tacos and squid tacos. One time we judged a truffle taco, and it was sublime.”

The Arizona Diamondbacks spring training facility, Salt River Fields, has its game face on for the event. Site improvements were recently completed on the west side of the complex, and more than 15 acres of lush, green grass were added. Restrooms, fencing and other amenities were upgraded, as well.

“Once again, Salt River Fields is proud to host the Arizona Taco Festival,” says Salt River Fields general manager, David Dunne. “We’re always enthusiastic about it because it’s a major crowd-pleaser, and the largest taco event in the country.”

Highlights of the event include the Tequila Expo on October 15, during which you can sample from more than 100 tequilas. And on October 16, watch more than 15 Chihuahuas strut their four-legged stuff during the Ay, Chihuahua! Beauty Pageant. Plus, enjoy live music, kids’ activities and lucha libre wrestling all weekend long.