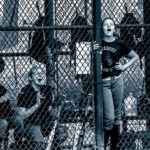 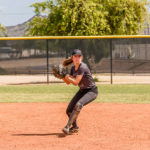 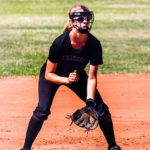 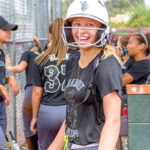 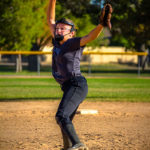 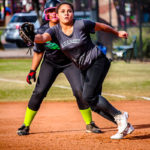 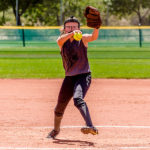 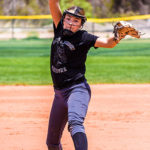 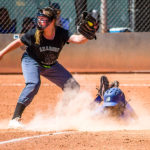 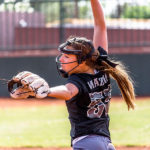 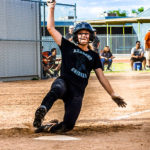 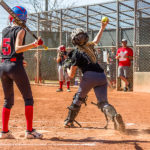 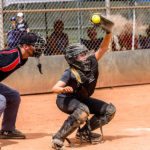 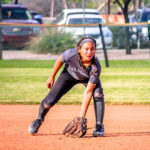 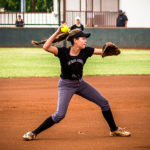 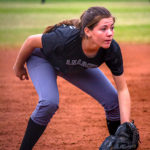 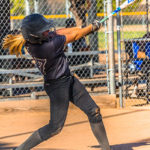 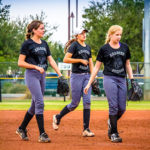 It was the second hour of a two-hour softball practice. Ten players had their head in the game until infielder and team captain Tori Krayeski threw a dead tarantula at shortstop Sydney Barnes. That’s what best friends do — especially when you and your bestie are on a fast-pitch softball team that’s been together since you were 9 years old, and that team is named Anarchy AZ.

“When the girls started playing, we immediately forged a relationship with several other like-minded Anthem families whose daughters enjoyed playing this difficult but fun team sport,” recalls Kevin Hoppe, father of one of the players. “Season after season, the girls continued to love playing and strived to get better at forging a special softball sisterhood.”

Two years ago, the players, their families and team coaches Jay Dittman and Phil Mazzio were at a crossroads: join club softball, which would likely break them up, or form their own team.

“At that time, and even still to this day, this is something that is really unheard of, as club teams jockey for the best athletes available to fill their rosters,” Jay says. “If any of these girls had gone to try out for other club ball teams, almost all of them would have been rejected or simply added to overstuffed rosters to collect monies from them every month, with little to no chance of ever actually playing in games. Basically, their softball lives would have stopped, and their memories of playing softball would have been relegated to their early childhood years.”

So they selected the latter option, called themselves Anarchy AZ and have been living up to the name ever since. In July the team won the Arizona B State Championship undefeated and competed in the Southwest Softball World Series, a quadrennial competition.
“I’m sure if you had asked all the girls a couple of years ago if they thought they would’ve found themselves in this position, probably all of them would have told you the answer was no,” Jay says. “But then again, that’s not why we started this.”

The thrill of other wins is still fresh in their minds.

“Our first-ever tournament we played in, we lost all of our games by tons of runs,” Tori recalls. “The most gratifying moment for our team was when the next year, we came back into the tournament and won it all, gaining championship rings.”
Catcher, third baseman and team captain Tara Dittman remembers the moment when Anarchy AZ won its first tournament back in October.

“It was such a fun and memorable experience considering how hard we all had worked to get to that point as a team,” she explains. “It was an announcement to the softball world that we had finally arrived, and were not a team to be overlooked anymore.”

The team practices and competes all year long. The girls participate in two-hour team practices twice a week and self-led practices another three days per week. There are typically one or two tournaments a month, most of them in Arizona. Each tournament is comprised of four to eight games. On non-tournament weekends, Kevin hosts Sunday morning practices.

“Sunday practices are fun because basically the girls tell the parents what to work on,” Hannah Hoppe, a centerfielder, adds. “Honestly, we all have so much fun when we are together, especially at practices. It’s become almost a competition to see who can make each other laugh harder.”

The team also participates in other personal development and team-building activities, including a book study on “The 7 Habits of Highly Effective Teens,” where the girls learned how to support one another, take responsibility for their actions and practice confidence-building body language skills.

“Something that has made me successful as a player is confidence and having the right mindset going up to the plate,” Tori says. “You can’t play softball without having some confidence while playing, and when you do get down on yourself, you always have to make sure to keep your head up high.”

Before each game, they gather in a circle and strategize.

“We remind one another to always keep our head in the game, stay loud on the bench and play hard,” Hannah explains.

“The team’s secret to success is our chemistry,” Tori confirms. “Since we’ve been together for so long, we’ve gotten to know each other like the backs of our hands. We go into every tournament with confidence, knowing we have the opportunity to win it all with the chemistry and skill we have.”

Having grown up together, there’s also a high level of trust and respect.

“The thing I enjoy most about this team is knowing we all have each other’s backs no matter what,” says Tori. “I know going into every tournament that we have our game faces on.”

“I’d feel terrible showing up to a tournament knowing I slacked off, and I think they all would feel the exact same way,” Tara adds.

Two years after they decided to remain together, the girls agree that they made the right choice and are looking forward to more good times.

“To this day, I’m still really happy being with this team because we’ve become a family, and I’ve never been intimidated or scared,” Tori says. “I’m always just having fun playing the game.”

“We will continue to be what club ball should be, not what it has become today,” Jay says. “While we certainly will not win every game we play, in the end, I have an entire team of girls who will be winning the game of life.”