An Inside Look: Sedona Open 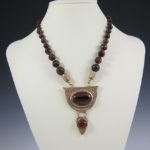 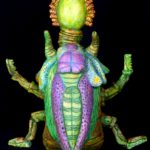 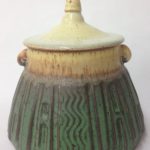 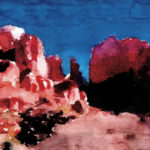 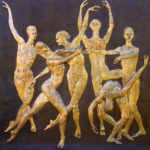 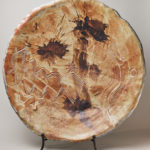 On the green banks of the Verde River, a short afternoon trip away from the Phoenix sun in the heart of Arizona wine country sits 14 acres of paradise.

Over 100 years ago, a bunkhouse was built out of river rock on this historic ranch, and through the years it was cultivated and nurtured by the late world-renowned ceramicist Don Reitz.

Reitz Ranch would become an education center for budding ceramic artists—a commune of sorts attracting the kind of folks driven by a need to create with their hands from the mud of the earth.

Don himself spent decades sitting in a chair next to a kiln alongside the river, opening the door occasionally to toss in a handful of salt. He is often credited with reviving the ages-old technique of salt firing. Its snap, crackle and pops would result in his trademark speckled pieces, some of which remain in collections at the Smithsonian Institution, New York’s Museum of Arts and Design, Boston’s Museum of Fine Arts, and at the ranch itself.

Also remaining is Reitz’s legacy. Following his death in 2014, Ted and Sheryl Leigh-Davault purchased the property and continued the tradition. Today, the kilns remain hot, and they have built a family of potters and ceramists.

Reitz Ranch is just one of 35 stops along the tour of this year’s Sedona Fall Open Studios Tour Oct. 26–28. This free event will allow visitors to create their self-guided route through artists’ private studios to see the creative process at work.

It’s an event Mike Upp, president of Sedona Visual Artists’ Coalition and a ceramics artist, looks forward to all year.

“It’s not like going to an arts festival or a gallery,” he explained. “Here, you are actually going inside the space where the artist is creating. Pretty much everybody on our tour is really into communicating what their processes are and trying to educate people as to what goes into working with the medium they’re in.”

The open studios tour is perfect for people looking for a different kind of fun.

“People are looking for immersive experiences,” Upp explained. “Here, they get to dive down deep and gain a much better understanding than going into three or four galleries and seeing paintings hanging on a wall. Here, we bring it to life.”

There is plenty to be excited about this year. Among the fabulous artists is a new, old face.

Internationally famous bronze sculptor John Waddell began his sculpting career in 1921 at the age of 10. Though his work was interrupted by a stint in the Army from 1942 to 1945, he went on to become one of the most renowned contemporary bronze artists in Arizona, with work featured in front of the Phoenix Art Center, Carver Museum and Cultural Center, Glendale Community College, Phoenix Public Library, Robert Mondavi Winery and more.

Waddell, now 97 years old, was inducted into the Herberger Theater’s Hall of Fame in 2001. He and his wife, Ruth, who is a painter, will share their studio with visitors for the tour, along with dozens of other interesting and unique artists.

“Demonstrations have always been a big part of the open studios tour, and this year we are going to expand that even more,” said Upp. “People really enjoy going to the studios and gaining insight as to how someone makes a glass vase, a ceramic pitcher, or how they turn a lathe to make a bowl.”

And in some cases, as with Reitz Ranch, visitors can feel the pull of history—or even see it in the making. From his front porch, surrounded by some of the pottery created from fire, salt and his own two hands, Don Reitz would likely look upon the Sedona Fall Open Studios Tour and smile.

After all, sharing art and a love for its processes is what he and so many other artisans strive to do, and the legacy lives on.