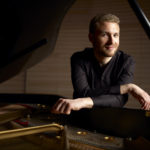 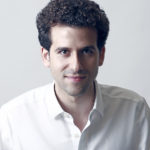 There’s something mystically wonderful about the euphonious sound of chamber music resounding from the walls of Sedona’s majestic red rocks. It’s indescribable, and a magic that is bringing casual music lovers and serious students alike to Red Rock Country for the Fifth Annual Sedona Winter Music Festival.

For six days, Chamber Music Sedona will showcase special events that feature some of the world’s most talented musicians. Participants can attend a gala held at a private home, while students from Sedona and NAU are invited to master classes. The festival will culminate with a concert at the Sedona Performing Arts Center.

Among the quartet of fine musicians is Julliard School graduate and Avery Fisher Career Grant recipient, clarinetist Alexander Fiterstein, whose performances have intrigued audiences worldwide. He is currently clarinet professor at University of Minnesota.

Also featured is cellist Nicholas Canellakis, who has earned acclaim for his command and originality has led him to perform as both a soloist and alongside his duo partner, composer and pianist Michael Brown. The New York Times has described his work as “soulful” and “impassioned.”

French violinist Arnaud Sussmann, also a recipient of the Avery Fisher Career Grant, will be the third featured virtuoso. His performances have been described as “hypnotic” and “multi-faceted,” evoking the sounds of vintage recordings.

Finally, the talent of award-winning chamber musician, recitalist and soloist Adam Golka will be showcased. His versatility and technique have charmed audiences across the globe. He currently serves as artist-in-residence at the College of the Holy Cross, and made his Carnegie Hall debut in 2010.

Don’t miss the sure-to-be phenomenal concert at the Performing Arts Center. Beethoven’s Trio in B-flat Major for Clarinet, Cello and Piano, Opus 11 and Schoenfield’s Trio for Clarinet, Violin, and Piano will be on the program.

Limited tickets are also available for the Winter Salon Musicale, to be hosted at a beautiful private home in Sedona, where light hors d’oeuvres and local wine will be served.