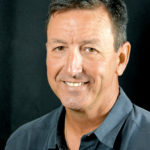 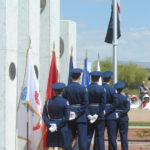 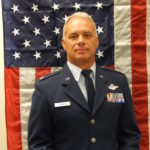 These days, Josh Miller lives a relatively quiet life with his wife and daughter in Anthem. But he grew up half a country and a full lifestyle away, in Louisiana. Miller is from Lake Charles, a water-dominated Cajun town near a river, two lakes and three bayous.

Good times back when he was bridging from a boy into a man involved duck hunting, fishing and maybe taking down a gator or two.

“We’d skin ‘em and cook ‘em,” he recalls, his light, swampy accent thickening a little with the memory. “A couple of them were just monsters.”

Like lifestyle quicksand, some of his old crew never really left those days.
“I’ve got some buddies and cousins who are full-blown marsh rats,” he says with a laugh.

Miller had bigger plans, so he left the bayou for law enforcement, then joined the Marines, thinking he would train as a helicopter pilot. It turned out he was colorblind, which grounded that idea, so Miller became a foot soldier.

Though just 22 at the time, Miller was something of an elder statesman.

“I was one of the older guys in boot camp,” he says with a chuckle. “They would look at me like I was an old guy, which is funny, now that I’m 49.”
After boot camp, Miller was in the reserves, then was called to active duty at the end of 1990, as debate was brewing over how to handle Iraq dictator Saddam Hussein’s invasion of oil-rich Kuwait. With things still up in the air, Miller spent New Year’s Eve on a plane to Saudi Arabia. There, he joined thousands of other U.S. troops, transitioning from a solid defense of Saudi Arabia to a possible full-blown run at the invaders.

Once all of the forces were in place, the United States issued an ultimatum to Hussein: leave Kuwait or face a full attack by the multinational force. The deadline of January 15, 1991 came and went with no response, and Desert Shield became Desert Storm.
Miller had a front row seat for the shock-and-awe show of American bombing raids.

“The night the air campaign began,” Miller says, “I watched the planes fly over the first series of sorties – that was witnessing history.”

Speaking of history, Miller participated in one of the shortest ground wars on record. Though the Iraq War is but a military asterisk, and might seem like no big deal now, it was pretty scary at the time. The thinking was that if Hussein had used chemical weapons on his own people, why would he hold back when the Americans came at him?

Miller and his mates were issued chemical suits, and prepared for the worst with rigorous drills (“Gas! Gas! Gas!”). It was a creepy time to be an American soldier, but when the order came, Miller joined the “storm” into Kuwait on February 24, 1991.

The Iraqis were said to be fierce soldiers who would fight to the death, but proved more ready to quit than ready to die. As Miller and other missile-armed Humvees and tanks roared north, Iraqi soldiers would rush up to them – not to attack, but to surrender.

“They were shell-shocked, just devastated from the air campaign,” Miller says. Suspicion of them quickly turned to pity. “We tried to give them mres (meals ready to eat), water – there was just a deluge of men walking south, waving white flags.”
Desert Storm is also known as the 100-hour war, which is how long it took ground troops to clear out Iraqi opposition.

Josh Miller was honorably discharged in 1995, taking with him the Kuwait Liberation Medal, the National Defense Medal and the Southwest Asia Service Medal. He and his wife, Nanette, settled in Anthem in 2000, though Josh returned to the Middle East as a contractor from 2006 to 2007.

At 10 a.m. on November 5, the 12th annual Daisy Mountain Veterans Parade starts at Gavilan Peak Parkway, winding through Anthem before ending at the Community Center. This year’s parade will honor the time that America stood up to a Middle East bully, and liberated a small country from its invaders.

“On the 25th anniversary of Operation Desert Shield/Desert Storm, we honor the services and sacrifices of Gulf War veterans,” says Frankie Ruiz, parade co-chair. “Please join us at this year’s parade.”

“To be a part of the parade is very humbling,” he says. “With the first Gulf War, policing and my time in Iraq, I know of men and women who sacrificed much more than I did, and it’s with those people in mind that I find this such an honor. Remembering those who gave much more.

“I know it’s not Memorial Day, but I’m still thinking about those who have given more. Old timers from World War I and World War II, and everyone else who got done what needed to be done. When the government said, ‘We need you,’ they went. They just went.”