On and Off the Road 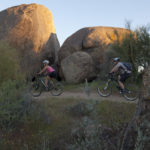 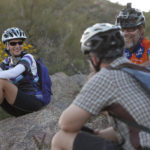 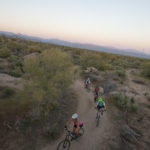 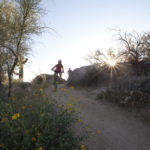 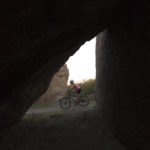 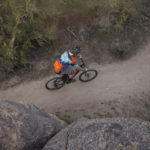 There is biking, and then there is biking. Cyclists in the North Valley are fortunate to have the option of riding on the road or trails. Biking is a very popular hobby in the local area and lots of people take it very seriously. For the ones who don’t take biking as seriously as others, something like a triax bike would do if they’re just planning to stay on the tracks. For the more serious riders, a bike like the Vitus Nucleus VR may be one worth considering. Bikers look for the quickest bikes, decent wall mounts and safety gear to get their hobby going. While trail/mountain bikers claim that their way is superior, road riders will tell you the bike lanes are great. Fatalities are on the decline, very likely due to increased bike lanes, like the ones that now wind through Cave Creek and North Scottsdale.

Fortunately for cyclists in these parts, there are choices that include trails. Zipping through the rolling hills of the desert, there are no red lights — or brake lights. No lane-changing cars, trucks and SUVs to worry about, no parked vehicle ready to open a door and send you somersaulting. Statistics on fatalities of off-road bicycling are not easily found, which suggests it is way safer than road biking.

Adrienne Goldberg, board member of the Desert Foothills Mountain Bike Association (DFMBA), doesn’t need any stats to convince her that riding trails is safer than road biking.

“I much prefer to fear a rattlesnake than a driver texting,” she says with a laugh.

Riders will experience a taste of the road and a main helping of the desert when they race in the Cave Creek Cactus Classic (C4), produced by DFMBA, on November 12. The event starts at Local Jonny’s and Flat Tire Bike Shop at 8:30 a.m. Racers, along with a police escort for safety, start on Cave Creek and Spur Cross roads. When the pavement ends, so does the police escort, as racers continue on single-track trails with some of the most magnificent scenery the North Valley has to offer. The C4 course winds through two Maricopa County parks, the Spur Cross Ranch Conservation Area and Cave Creek Regional Park, then continues on the Cave Creek trail system. The final leg of the 23-mile race is back on pavement, but riders won’t have to worry about the text-and-drive crowd. This short, single-lane road section of the C4 course on Cave Creek Road will be closed to motor traffic.

After the race, a Kids Kross fun race is scheduled for 2:30 p.m., in a desert course set up behind the Cave Creek Post Office. Ages 18 months to 14 years are invited to the Kids Kross event, which has a $12 entry fee. Registration for the adult race costs $60 before November 4, $75 after.

Lorraine Montuori, president of DFMBA, notes this year’s addition of a Strider Adventure Zone — those hot toddler bikes that don’t require pedaling. Five Strider bikes will be available for the no-pedal crowd to use. The Strider Adventure Zone will be open shortly after the start of the event until 11 a.m., and then will move over to the Kids Kross location behind the Cave Creek Post Office between 1:30-2:30 p.m.

C4, known as a “real mountain bike race,” also provides a great family day. Both adults and kids get to play in the dirt. Proceeds from the event benefit DFMBA’s trail-building and maintenance programs.

In Tom Wolfe’s book, “The Electric Kool-Aid Acid Test,” about Ken Kesey and his band of Merry Pranksters, you were either on the bus or off the bus. Here in Cave Creek, the DFMBA is on the road — and off the road.

Back in 2012, the group (then known as the Cave Creek Bicycle Association, or CCBA), rallied more than 100 cyclists to attend Cave Creek Town Council meetings, generating support for bike lanes in Cave Creek and Carefree. When the road lanes were finalized, DFMBA turned its attention back to the desert.

“This allowed the interconnection of hundreds of miles of trail, from Phoenix all the way up to Mayer,” Montuori says.

This year, REI kicked in another $10,000, allowing DFMBA to build a trailhead at the connector trail. Montuori expects the trailhead to be built in 2017.

“Again,” she notes, “our work benefits multiple user groups. This project has been a catalyst for the town. Several other organizations are volunteering to enhance this project. We anticipate this new trailhead to become a significant recreational resource for the area.”

Laying down or maintaining a trail in the desert isn’t as easy as it used to be, by the way. Goldberg says new trails involve attorneys, land surveys, experts on sustainable trails, etc. It’s all aimed at building trails that provide users with the trail experience they want while minimizing disruption to the desert. It also means DFMBA trail volunteers need to learn sustainable trail building and maintenance techniques so efforts aren’t eroded by trail use or washed away in the next storm.

Part of the Desert Foothills Mountain Bike Association’s mission is to educate the public on how to behave off the roads. Below is a list of basic trail etiquette (from dmfba.org):

• Respect: A courteous, common sense approach to other trail users will diminish negative encounters on the trail.

• Communication: For bikers and hikers, first make yourself known to stock and rider. A simple “Howdy” works to get attention. Then, step downhill and off trail.

• Horses uphill: Horses and mules are prey animals. That means they think everything wants to eat them, even the hiker with a large, scary backpack and especially the fast-moving biker chasing them. When startled, frightened critters go uphill. You should move downhill to avoid an encounter with a 1,000-pound panicked animal.

• Yield appropriately: Do your utmost to let your fellow trail users know you’re coming — a friendly greeting is a good method. Anticipate other trail users as you ride around corners. Bicyclists should yield to other non-motorized trail users, unless the trail is clearly signed for bike-only travel. Bicyclists traveling downhill should yield to bicyclists headed uphill, unless the trail is clearly signed for one-way or downhill-only traffic. In general, strive to make each pass a safe and courteous one.

• Protect the desert: The North Valley has unsurpassed opportunities to enjoy the beautiful Sonoran Desert. Help protect our accessibility by playing nicely with your neighbors and treating trails with reverence. Always practice “Leave No Trace” ethics and pitch in to give back.

• Yielding to equestrians: As you approach an equestrian, you call out a friendly greeting from far away. Slow the heck down, too. You want to start talking from about 50-75 feet away if you can. Horses spook easily, so try asking how the person on the horse would like you to get by. Would they like you to get off and walk (this is great for horses that are really skittish) or should you pass slowly at the next safe spot?

• Yielding to hikers: This isn’t a race, so yelling “On your left!” probably isn’t the best thing. In years of practice, we’ve found that the best thing to do is to slow down. Then just say something like “Hi there! Great day.” People usually wake up to your presence without alarm. Hikers have the right of way, so if they don’t feel safe moving to the side of (or off) the trail for you, please wait it out.

•Yielding to other bikes: Uphill traffic gets the right of way. If you’re bombing down a hill, stop and let them by. Yes, we all have had many a buzz killed having to stop for uphill traffic. It happens, but it’s much worse losing all momentum on a killer grind up the hill.