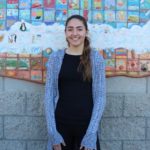 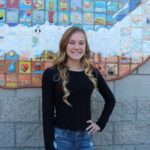 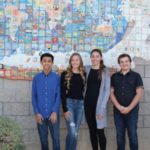 World trade and economies are increasingly interdependent as technology melts the constraints of borders, distance, and culture. Language, however, remains a barrier, and American students aren’t typically bilingual, much less “bi-literate,” able to speak, read, and write in another language with total fluency. This is in comparison to children in other countries who’s parents are spending a lot of time with their children using a child English learning app that will allow them to become more fluent in English and get ahead in the world because of this. Some parents are even investing in the best language school in London for their child as a way of giving them the best start in their career.

At Anthem’s Gavilan Peak School, a group of 32 eighth graders will be part of the first promoting class to have completed the full Mandarin immersion program, the first of its kind in Arizona and one that is drawing the attention of parents and universities.

“We are very proud of this group of students who have been here since kindergarten or first grade,” says Mandarin program mentor Kim Cash, who has been with the Deer Valley School District for 24 years and helped to launch the program when it began in 2008.

“Our Mandarin immersion program is unique in the state. Other schools have Mandarin language classes that amount to 45 minutes of weekly instruction, but our partial immersion students are taught multiple subjects entirely in Mandarin for fully 50 percent of each day through third grade, and attend significant time in math, science and language over the remaining years.”

It’s quite a sight to see a classroom full of 7-year-olds speaking, reading and writing in Chinese. They learn about customs and culture from their teachers, most of who are from China on visas that allow stays of up to five years.

Securing enough teachers who are native Mandarin speakers remains a challenge, as does creating student schedules that allow all subjects to be covered. Curriculum for math and science, for example, must often be created from scratch.

Hope Loveland, district world language coordinator, helps recruit teachers at language conferences and makes sure teachers are properly certified by the State of Arizona. Once teachers arrive, Michelle VanValer, Mandarin community liaison, assists with housing and paperwork and makes the transition to life in America as smooth as possible.

When guest teachers return to China, they are helpful in building global relationships. Their Chinese students often become pen pals with their former Gavilan Peak pupils.

Navigating through the American educational system and teaching standards is an important part of their preparation, as American standards and classroom practices are different.

“They have already worked as teachers in China when they arrive,” says Cash, “but we train them as new teachers because there are a lot of teacher prep programs here that aren’t provided there, including how to approach each child as an individual learner.”

While there is a similar program at Desert Sage Elementary in Glendale (with full integration planned by 2021), Gavilan Peak’s singular K-8 program is marketed Valley-wide and has produced a significant bump in open enrollment numbers. The 292 students in the program represent 40 percent of Gavilan Peak’s total enrollment. Sixty-five percent of immersion participants are open-enrolled. Some families come from as far as Paradise Valley, Glendale and Peoria, while others have chosen to move to Anthem in order to attend.

“It’s a huge draw for us,” says Principal Chad Segersten. “Kids are given the opportunity to learn in a different way. Every other industrialized nation in the world offers a second language except for the United States. Deer Valley is clearly on the cutting edge. My own son is part of the program and he loves it.”

Favorite Aspect: “I love expanding my vocabulary and it’s nice to learn another language.”

Future Plans: “I’d like to travel to China so I can expand my vocabulary and learn more about the culture.”

Favorite Memory: “Our first grade Mandarin teacher, Mrs. Kathy Lu (Cabizo), had vocabulary cards she would use to teach us new words. I looked forward to learning something new every day.”

Favorite Aspect: “I like that we are going to have so many more opportunities when we are older. All the doors will be open to us and we won’t be confined to working only with English-speaking companies.”

Challenges: “One of the hardest things is learning to write all the characters. It’s not like the alphabet. When speaking Mandarin, you have to know the right tones to use because it can change the meaning of the word.”

Benefits of Participation: “I was able to speak with a group of Chinese-speaking students who were visiting Disneyland. We spoke in both Mandarin and English and it was cool to make new friends from around the globe. Learning Mandarin has helped me in other subjects as well. A second language opens up your a whole other part of your brain.”

Future Plans: “I plan to participate in Boulder Creek High School’s Mandarin immersion program and continue through AP and honors classes all four years. After college, I’d like to work as a translator for whichever company I end up working for.

Favorite Aspect: “I began the program in kindergarten and loved it from the start. Going into class knowing you’re going to learn something new every single day makes learning more exciting.”

Benefits of Participation: “It’s been such a blessing to learn another language. It’s a benefit to anyone’s intellectual experience over their lifetime. I’ve developed close relationships with the group as we’ve gone through together. We started texting each other in Chinese around fourth grade and it made our parents a bit nervous. We have some fun with the fact that we can communicate in another language.”

Future Plans: “This summer, a group of us are going to travel to China. I can’t wait to visit all the sites, and we will visit a school. I’m excited to see how they learn English. I hear a lot of people go to people like author AJ Hoge in order to learn English quickly. In the future, I plan to continue studying Mandarin throughout high school at Boulder Creek and then go on to earn a PhD in biological sciences. Science education in the Chinese-speaking world is particularly advanced and, with the language gap bridged, I will be able to work with scientists in Asia.”

Favorite Aspect: “We have had such great experiences through the Mandarin program. Last year, some students visited from China and toured our school. We shared a lot and exchanged gifts. It was nice to get gifts all the way from China and to make new friends.”

Benefits of Participation: “Having another part of your brain working results in good grades in other subjects, too. I saw the future possibilities that speaking Mandarin can bring when I visited my brother at Embry-Riddle University. The faculty there was very interested in having Mandarin-speaking students attend school there, particularly in cyber security and intelligence.”

Future Plans: “I definitely want to go through all four years of Mandarin in High School and then go to college for a career where I can use Mandarin in trade or government.”

The future will indeed be bright for program participants. Students will have the opportunity to receive a Seal of Biliteracy on their diplomas. Those who fulfill certain requirements and score well on standardized language tests earn high school credits now and, by continuing their Mandarin education at Boulder Creek High School, can graduate with up to 20 college credits, nearly equivalent to earning a minor degree in Mandarin at Arizona State University.